One Cut Vinyl is a print-on-demand record cutting service. Expect to pay about 20 British pounds each for a run of 10. Doesn't come with jackets.
Vinylify specializes in 10-inch (!) records. About 60 Euros a piece. But that includes a spineless jacket. 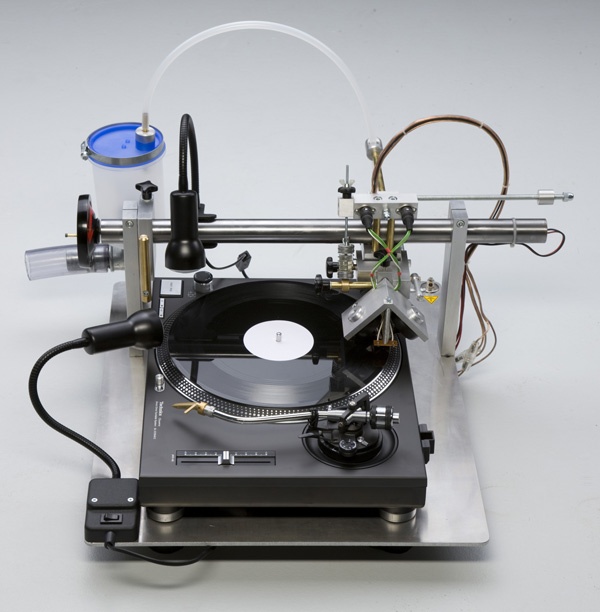 Both of your things for today

Brewster Jennings was the company the CIA had which was dissolved after the Valerie Plame affair. 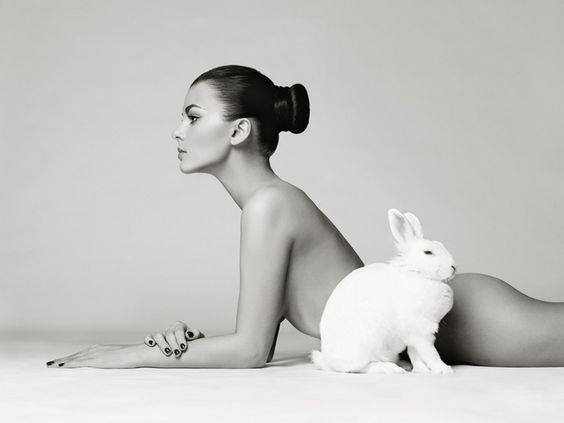 How long should a science fiction book be? According to this post -- about 100,000 words. 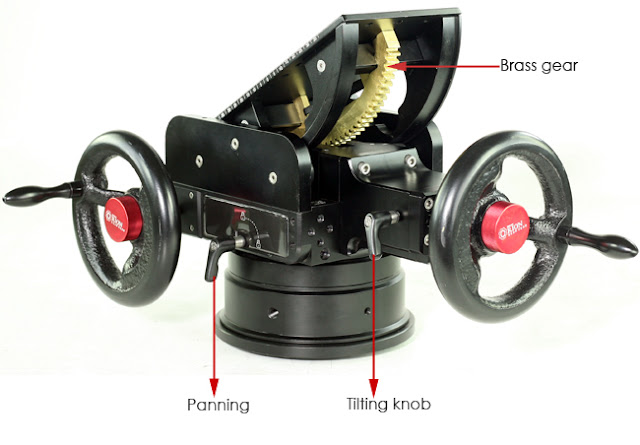 Email ThisBlogThis!Share to TwitterShare to FacebookShare to Pinterest
Labels: grip

The End of August at the Hotel Ozone 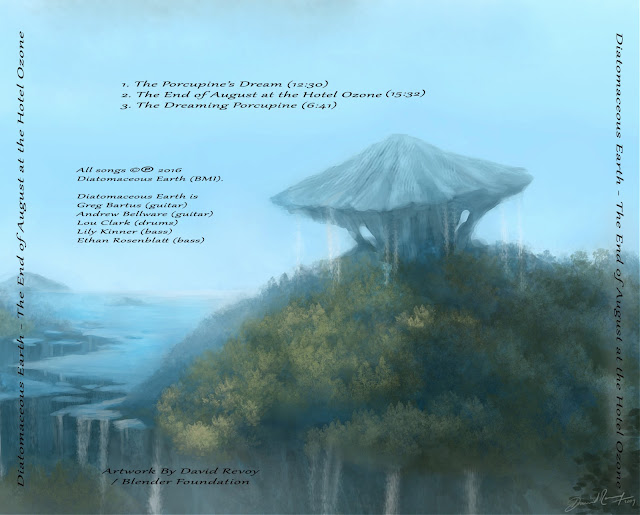 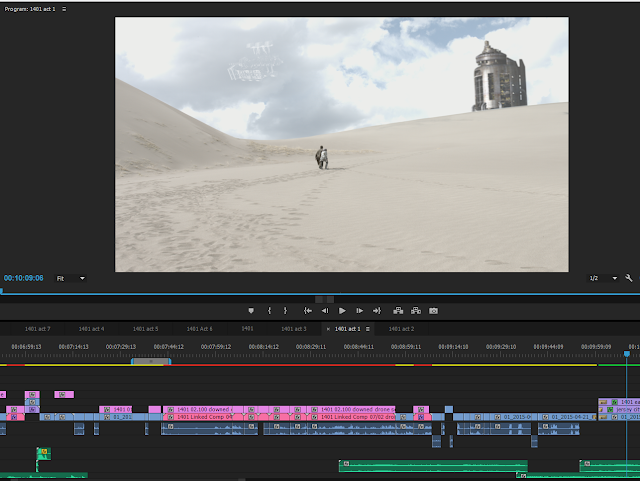 Bob Teague asked me for a status update on Oblivion.
This is where we're at. We have a cut. We have a lot of visual effects. But Ian Hubert is em-bettering the effects and adding our giant robot Henry.
This actually means there's a lot of paperwork for me. I am labeling all the effects and making sure the background plates are properly labeled and rendering out files which have "context" so Ian can see what happens before and after the effect. The effects numbering is like "1401 02.100 downed drone series" and the like.
Huh. I just now realized I'd made an error in my numbering. The "1401" is correct because that's the number code of the movie. But the "02" should be for a visual effect in act 2, not act 1 as shown here. Oops. As long as no visual effect is given the same number though, that's the key.

There's going to be some ADR. The stuff outside was never properly recorded, but that was by design because the park rangers would have busted us on day 1 if we'd showed up with recording gear as well as a camera.

Now, I'm also in post on two other pictures. And I have to build sets for the reshoots on the movie which was once called Android Masquerade but is now called Carbon Copy. And then there are about a million things I have to do. I'm sure.

My eldest brother, whose birthday is today, says that The Best Damn Root Beer is in fact the best root beer.
He also says that the Summer Honey version of the Angry Orchard hard cider is the best hard cider.
My niece is involved with the charter school drive. I don't know or understand anything about it.
It's important for you to read and memorize my birthday's horoscope.
I dig this oil slide video and will likely use it in a video one day. 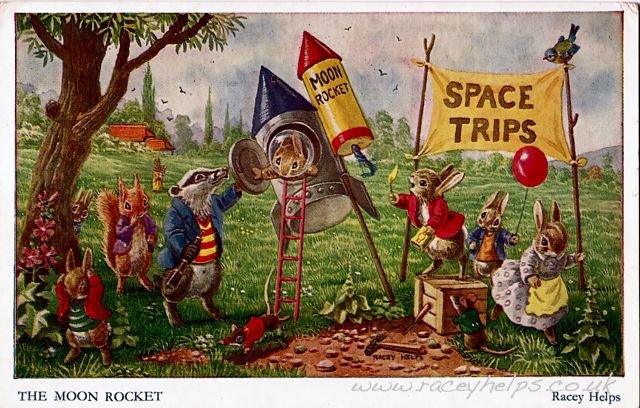