Nine Amazing Reasons You Haven't Been Tried For Xenocide 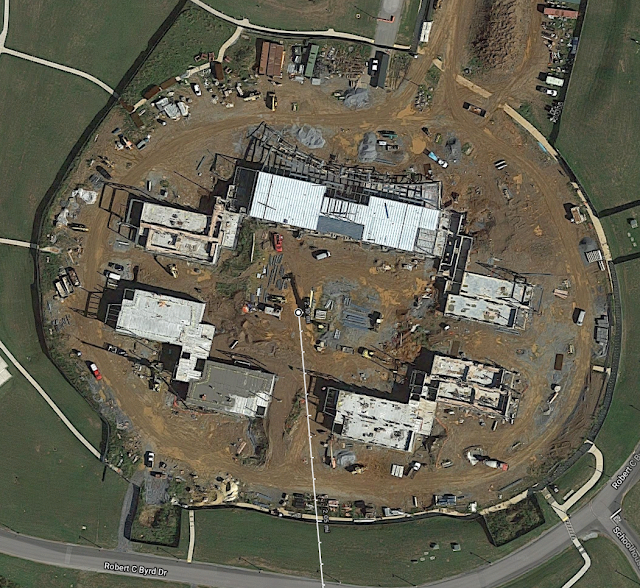 I get to record some actual, new, classical music this week. Here's the press release:

Email ThisBlogThis!Share to TwitterShare to FacebookShare to Pinterest
Labels: Scampr

Metuchen, NJ, was a sundown town

All my youth and early adulthood a siren went off at 5pm every day in Metuchen. There were other siren signals (mostly for fires). But every day there was this 5pm siren.
I remember asking why it was there. I got some vague uncommitted answer from my parents about people knowing when it was 5pm so they could stop working. But that never made any sense to me. In the early 70's everyone owned a watch.

1. Metuchen was and is segregated
2. Cross-burnings were commonplace enough to be mentioned multiple times in newspaper accounts in the 1920's (see below)
3. Minstrel and blackface shows were common in the town (see below)
4. By the 1930's the Klan had been largely replaced, but not exclusively replaced, by the "Sons & Daughters of Liberty" in Metuchen (see below)
5. Sundown towns abounded all around New Jersey: Clark, Clifton, Green Brook, etc. https://sundown.tougaloo.edu/sundowntownsshow.php?state=NJ
6. Sundown towns and sundown sirens went up all across the Midwest and the South.
7. Metuchen was facing a desegregation order in the 1980's because segregation and then redlining had restricted home ownership by non-whites.
8. in the 1940's (presumably) Metuchen began having a "5 o'clock" siren every day. A siren, just the same sort of siren that sundown towns were using all across the United States.


So the question is: was there a racist reason behind the decisions to have a siren go off at 5pm?
Well, did it have a rational purpose that wasn't racist? None that anyone knows of. Bigger cities certainly don't have sirens going off every day.
Do the stories they tell children about how it's a "5 o'clock whistle" make any sense? No, most outdoor workers don't work until 5. So they wouldn't need a 5pm whistle to know when they're supposed to be at home unless it's a "sundown siren" telling "workers" (read "persons of color") to be at home.


Could other purposes be ret-conned into the use of the sirens? Sure. Or could the sundown siren have simply come out of a legitimate military or civilian use? Sure. It did have other signalling uses than the 5pm siren.


But the siren at 5pm every day? The siren that's just like all the "known" sundown sirens all across the country? Well there you gotta ask yourself, was it more likely:


The siren at 5pm an act which only resembled the racist act committed by other racist towns and even though the town of Metuchen had a long history of violence and segregation against people of color -- this one thing was the thing that simply looked racist, operated in a racist manner, and easily had the effect of telling the population who was in charge, but it somehow, no matter all the evidence of systematic racism at all levels of Boro government, was not racist in the least bit and only went off every day at 5 because of some unknown and illogical but totally-not-racist reasons?
Or:
The 5pm siren was there to keep people of color in their place?


Trigger warning: talking about cross burnings and other racist caricatures and violence: http://www.metuchen-edisonhistsoc.org/anonymous/mehs/MetuchenKlan.pdf
at 6/10/2021 09:01:00 AM No comments:

Scampr - Review & Guide For All Objectives

The Prologue is Past

Richard Byrne wrote a brilliant monologue about a scientist at the CDC who lost her job because she wouldn't fudge the numbers for the Trump Administration.
We shot entirely remotely. Two cameras. I wrote a bit about it here. One camera was a Zoom feed and the other was a Panasonic Lumix camera. Go to the link above to see the cat camera operator.
We also used a Zoom audio recorder. So yes, one company which is a video conferencing service, the other is an audio recording hardware manufacturer. Both with the same name. So "are we recording on Zoom"? is a really terrible question if you want a coherent answer.
We got Christa Kimliko-Jones, who was a combat android in Millennium Crisis, to play the lead.
And we got into the 2021 Prague Fringe Prologue!
~~~~~~~~~~~~~~~~~~~~~~~~~~~~~~~~~~~~~~~~~~~~~~~~~~~~~~~~~~~~~~~~~~~~~~~
When you film a play, is that a film or a play? I don't think I've ever actually directed a proper play before, and my identity makes me feel more like a filmmaker than play director.
In any case, producing plays under pandemic conditions has meant the advent of probably the worst art form ever devised by Man. That is, the Zoom play. I mean really, Zoom plays are universally pretty terrible. ;-)
We aimed to change all that. We (meaning The Queen of Mars, and Richard Byrne) made a handful of short films called "Plays Pandemical" written by Richard, produced by the Marsian Queen, and directed by me. I think Richard thinks of these as plays that are filmed, whereas I think of them more as films. And one of the goals was to break out of the "one person in front of the blank background, with terrible sound, etc." Of course there were other agendas too -- I'm working on my PhD in music composition by research and am specifically making films to experiment with placement of music cues, Richard has his own driving forces, and it's just nice to be making movies (or plays) again.
So a Zoom play, but with directed cameras, art direction, and for crying out loud -- good sound, can really work! For other examples, see the other Prologue films (or watch our other films in the "Plays Pandemical" series.)
at 6/04/2021 01:51:00 PM No comments:

Another manual for the SQ-5.

The reference guide to the SQ-5.

Gnomus Half Century all wired up