So a thing which concerns me is that I think in the future we're going to start seeing demands for ATSC A/85 loudness standards in deliverables.

Now for them of us in the indy world, there's frequently some allowances for certain standards which exist in the big network TV world which we get to slide by. But I don't think the international loudness standards are going to be one of those things.
So I want to be ahead of the... 8-ball? Curve? Whatever it is one needs to be ahead of to make sure we're delivering masters which are compliant to CALM act and that sort of thing.
The high-end version of the audio mixing/editing software I use (Samplitude) is called Sequoia. It is comically expensive (almost $3000). But it has built-in tools for decent loudness metering.
There are cheaper LUFS meters, but not necessarily what one is looking for in the way of broadcast audio.
In any case, measuring A/85 or any of the other loudness standards is... weird. You're measuring an average of an average of a level but only within a certain frequency range and only when the signal is above a certain level. Right? Because loudness is a subjective thing and making a meter to measure it is a pain in the tuchus.
Dig this (from the above TC Electronics link):

Target levels are specified in various broadcast standards, but only vary slightly. For instance, the ATSC A/85 standard recommends a target of -24 and uses the LKFS term, whereas the EBU R128 standard sets the target level at -23 and uses the LUFS term. One of the reasons for this difference is that the R128 standard employs the above-mentioned gate, which in effect makes most measurements equivalent to -24 LKFS/LUFS without the gate - yet more useful for aligning loudness across genres.

Yup. The broadcast standards are sort of difficult to get one's head around. But it's doable. And if we can guarantee the deliverables (which I imagine might be important for VOD) it will help.
at 1/24/2016 08:52:00 PM No comments:

I'm tying some disparate threads to make this thesis.

"Pop" music is, by definition¹ the music that was most bought and played and performed during a given week.

Radio stations play popular music because they figure "Hey, this is what everyone wants to listen to right now" right?

Even taking away the heavy underground hip-hop and the 12-tone arias of Lulu, listening to one radio station which actually plays the wide variety of music that is popular can make for a station which is sonically kind of jarring.

But radio stations, and for that matter record companies, do not want diversity. The reason for this is that diversity is bad for ratings for "hit music" stations. If the hit songs are country, calypso, heavy metal, and dubstep, the programming directors would go insane because listeners would tune in to whatever music they want to listen to and then immediately turn off once very different music shows up.
If the radio stations can keep all the music sounding roughly the same, they don't have to sweat genre changes.

So all of this makes for a system of big record companies and high-power Hot 100 radio stations conspiring to make sure music sounds relatively similar on those radio stations.
ººº
¹Although arguably it could also be defined as a specific structure of music with repeated verses and choruses. This is the difference between "popular song" and "art song". But we're not using that definition here.
at 1/24/2016 04:52:00 PM No comments:

In the indy world, anything which even remotely seems like it might be inexpensive has to be quashed right away. Shooting in HD is now the cheap thing to do so 4K is the new hotness.
Personally I'm not into the look of the giant-sensor cameras. That super-shallow dof reads "Oh, someone's got a Canon" to me. 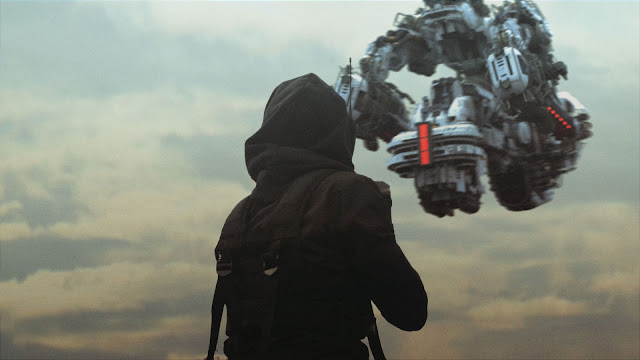 My buddy Chance Shirley thinks that the frame size of Super 16mm is about the sweet spot between narrow depth of field and not having an image so shallow it's simply impossible to focus. I have to agree with him there. 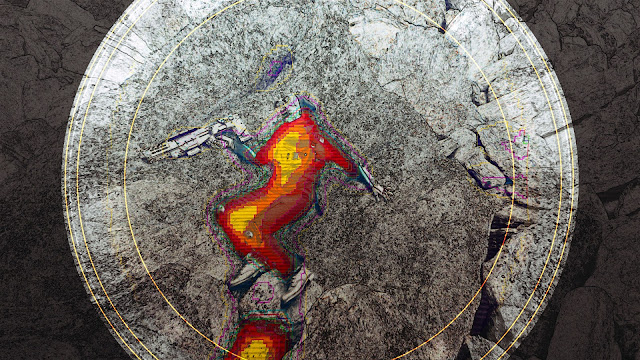 So I like the micro 4/3ds format. It's, you know, about the right size for a sensor. The trick is finding a camera (which has to be 4K) plus a global shutter. 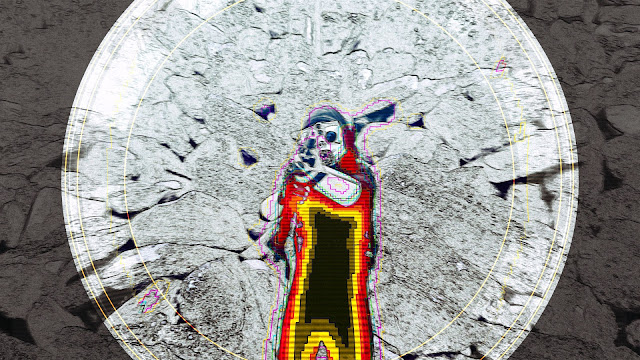 Global shutter. Dang nab it. We solved every problem -- we got big sensors which solved the un-film-like deep focus that those tiny 1/3" sensors had, but doing so we introduced a new and really annoying problem -- rolling shutter. 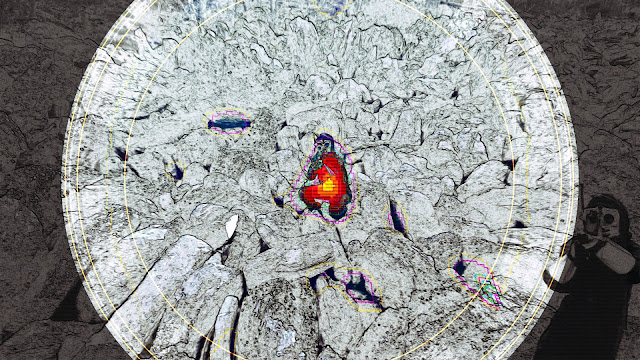 The irony is that film, yes film, has an inherent rolling shutter. It's just a lot shorter than what these new big-sensor DSLR's have. And honestly you can shoot a lot of movie without seeing any artifacts. And also, the new cameras are getting their artifacts down to motion-picture "wet film" levels. But still, I'd like it to be gone. 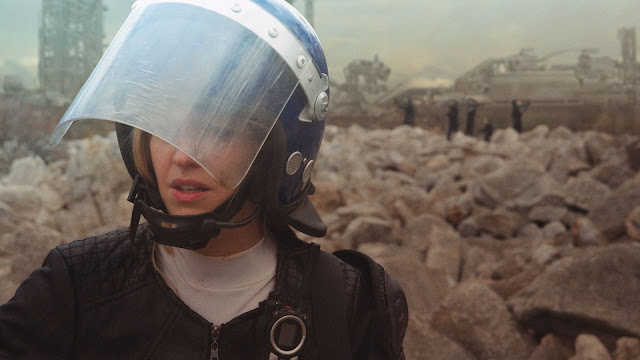 Filmmaking is a learning experience. One thing I learned is to NOT rely on rotoscoping out an entire scene with multiple characters from a background that does not match what you want.
Oy freakin' vey that's a lot of work. 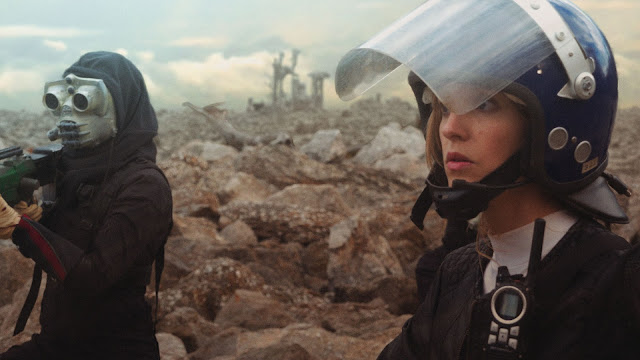 I've been told to never again put anything involving budgets on any blog post again. I listen. And obey.
Our budgets keep going up though. And we're getting better at certain things. 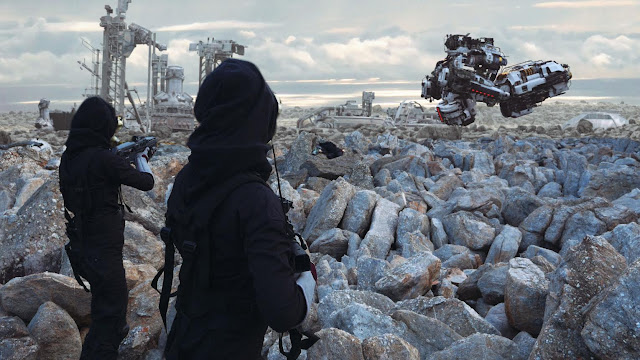 Virginia Logan modified these flight suits and Brian Schiavo built the masks (not seen) that the androids wear. It's actually quite a goodly bit of costume design. Ian Hubert is building background and yes, that's his robotic drone in the foreground (middleground I suppose).
Ian is also responsible for how smooth this composite is. I don't know what wizardry he does but oof. It's nice.

What else hath been dictated from on high? 4k. We're shooting in 4k from here on out. We might not even be delivering in 4K for a while but for the time being we need to finish in 4k because VOD channels on the interwebs are going to start demanding it.

Broken link checker. For, you know, checking broken links on a website. 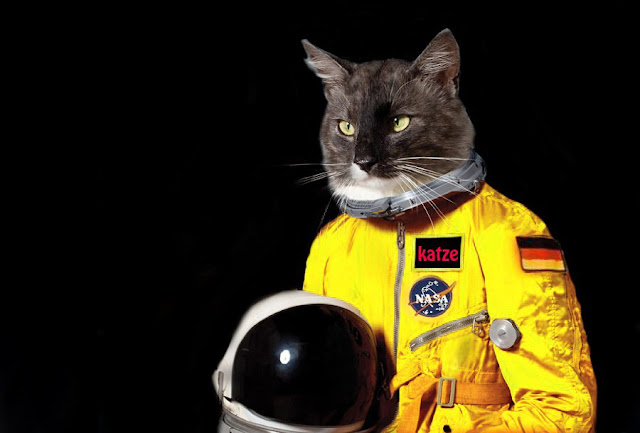 I can't find any real reviews on the Beauchat Baltik Dry suit. At $700 the price is certainly reasonable. But I have no idea.

Bulk rename utility for Windows. It's got a hostile interface but sometimes that's just what you need because otherwise how would it work?

You'll notice a bit of a gap in her resume in the above-linked obituary. I worked with her on a couple of those gaps.

Back in the day when I was a lowly sound operator/sound mixer at the Public Theater, organizing a union by day and working on plays and musicals at night, I got put on a Liz Swados show after a week in the shop. They needed someone to mix a new musical she was putting up about Jonah and the Whale. It was all electronic keyboards (which was a mess which we'll get to later), two women and a man on stage with some big "whale bones" in the theater. Um. The upstairs theater on the left (or north) side of the building. I forget what that's called.
Anyway, Liz took an instant dislike of me.

Which is too bad because I kinda liked the show. But the two keyboardists were sort of all-over-the-place in volume and the show had dynamics issues. Also, there was no sound designer assigned to the show so we were using some very old-timey Sennheiser wireless (which actually, when you could get them to work, sounded quite good.)

In addition, Joe Papp really hated her show. At least that's what the word was among the crew and administration. He thought it was just childish garbage but he was going to "teach her a lesson" by having it open so she could read the critics tear it apart. Oddly (and I was out of the show and working on another show by this point) the critics didn't really hate the show that much. They didn't love it. But Wolf was coming in with a super-sold-out show a Zora Neal Hurston plays that was going to run for like 6 months, so Liz' show got the boot anyway.

The arrangements were... loose. And mixing electronic keyboards is a mess in the best of circumstances (which is why most keyboardists mix themselves).

Then a couple years later I got an emergency last-minute call to come help a show that was touring around NYC schools and was having terrible sound problems. I got there, fixed the problems -- only to realize that ha HA! It was a Liz Swados show. I have no idea if she remembered who I was.

Years after that, when we were producing Apostasy I got a cassette in the mail from her -- obviously something she sent out to every producer who had a project listed in the Hollywood Report -- looking for composing work for film.

Ian Hubert has been fixing my lousy camera work. And boy. Has he fixed it. This is dangerous because it encourages us to think we can just do any nonsense at all when shooting because the plates will be cleaned up and background elements will be added so beautifully.
at 1/05/2016 04:42:00 PM No comments:

For some reason at about 4am, music videos came up in conversation.
Gunship's Fly for Your Life is a remarkable bit of animation. It's simply beautiful (you know, for a WWII dogfight). The animation is stunning. I don't know if it was done 3D with some sort of 2D-looking animation or what. But it's fantastic looking.

The sort of platonic idea of the Die Antwoord video is "I Fink You're Freaky and I Like You A Lot"
Green Jelly's "Three Little Pigs" is a video I must have seen when it first came out but I haven't seen since and couldn't remember anything about.