Music and money and where it goes.

Soothe is a plugin that is relevant to my interests. I tried to tell my audiologist that I was really annoyed by 2.6kHz. She, uh, wasn't interested. I noticed that some of the Greg Calbi presets in Ozone had some notches built into them, so maybe this issue with obnoxious resonances ain't just me.

That we would do we should do when we would

The plural of Panda is Pandae.

Here's a brief thought which sputtered in my brain briefly for a brief moment of briefing: it's almost impossible to find a piece of "bad" scoring in a film because the bad score is the film. You get a bad film and you don't blame it all on the score. You just think "this is dumb." This is because the emotional reality of the movie is undermined by the poorly thought through music. I can't really think of any movies which really got trashed by their own scores.

I mean with the exception of Logan's Run.

There are times when a man has to clear his tabs.

A reticle a day keeps the walrus away. 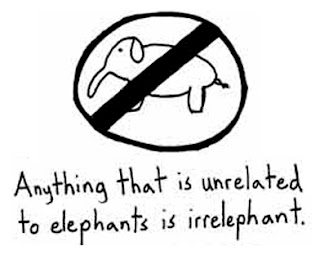 
Thanks for sending in your Elephant King submission. Your commentary is a little disjointed although I accept that some of this is because this is a continuation and perhaps because you've also responded to feedback on the formative. It still needs to be readable for summative reviewers. Good that you heeded Erik's advice to watch Planet Earth - even if it's not directly applicable it should still give a feeling for the use of music, how it's introduced, the mood movement and relationship to VO. I reviewed the first 08:40 to see how you implemented Erik's feedback. Overall I think it works well. I have some additional comments. Erik didn't touch upon it but the opening piece sounds very abrupt to me, almost like the very start of it was cut off - the atmospheric start is good however. You seem to have addressed the mood change at 00:34. I'm not sure if you've done anything about his note concerning the cue following the title - it still comes too early which reduces the effect of the title. 08:42 Start of the new section.. I've no idea why you opted for a big drum hit here as it cuts to the starry sky but we still hear the playful whistle music. Sounds very incongruous. Could work nicely without the overly dramatic sting. Nice change of atmosphere for the night vision and giving frequency space for the rumbles. Obviously a discussion with the sound guy but this sounds nice. I wonder if the music is a touch too mysterious rather than wondrous but it does work. Sounds like this might have been looped - possibly could have done with a gap if repeated. The music disappears at 10:47 without any particular reason.. spacing out the mysterious music could work for that. 11:05 the change to suspense comes too early. We're still just watching the elephants without knowing there's a predator out there - this should change at the caption earliest. The suspense mood is good though. 12:10 again the change is slightly too early - we're still wondering if the tiger is going to to swipe the tail but the music takes a positive turn. Again it's a good choice for the next sequence starting when we cut at 12:19. It gives a sense of life without being too positive. 12:44 The transition here is not great. You could have ended with that guitar flam. Now the guitar chord quickly fades into the piano with the start being somewhat blurred (especially moving from G# to C with the keys). The new sound feels good for the visual colours, new day etc. and it kind of works with the narrative but feels more of an ending that beginning. The change in tone at 13:21 is quite different without the narrative having given a reason for it. That could again be later for the "jostle" and then fade. 14:16 percussion implies something more forceful is coming and yet we see Prince Charles and William being more playful. Later when we meet Tim this "something forceful" makes sense. IMO it starts a little ahead of the narrative again and then fades just after Tim arrives where I would consider extending it while they start to interact. 15:33 This works well for Prince Charles being subtle and then the PTC from Caitlin. 16:20 Again, too early with the mood change. You're giving the story away when the music gets aggressive with nothing happening on screen and before the VO tells us. Consider holding the mood change back to 16:30ish when there's an actual threat. Then the mood for the challenge works well. 17:16 nice transition. 17:27 Nice theme to use, another alternative would have been a call back to the theme you used earlier for herd movement at 01:47. 18:21 Guitar. This works pretty well for the "baby boom Bruce" piece. It seems you've gone ahead and provided a music edit for the rest of the episode. The brief only calls for the summative to correct the changes up to 10.08.40.21 and then continue until 10.19.14.00. Tech hitch - your mp4 was 2.8gb! I expect this must have been an export issue as this is much, much bigger than the original. It's also way too large to be sending to a client as a music review MOV. I'm sure this was a one off but these kind of things need to be checked before sending.Overall - You've implement most of the feedback for the first 8 minutes well. For the second half the music choices are mostly good (one strange use of a dramatic drum sting). For my taste the music was too often preempting the visuals. The mood was changing with before the narrative (either visual or VO) with the music then leading the viewer. The technical side of the edits was ok although there were some odd rougher moments e.g. a quick fade edit between two unrelated keys. Also, from a practical standpoint, always check the brief (here you've done way more work than required) and the materials you send to a client (a 2.8gb mov file!). Creative: GOODTechnical: FAIRPractical: FAIRCheers,Doug

Overlord is a Nazi zombie picture. 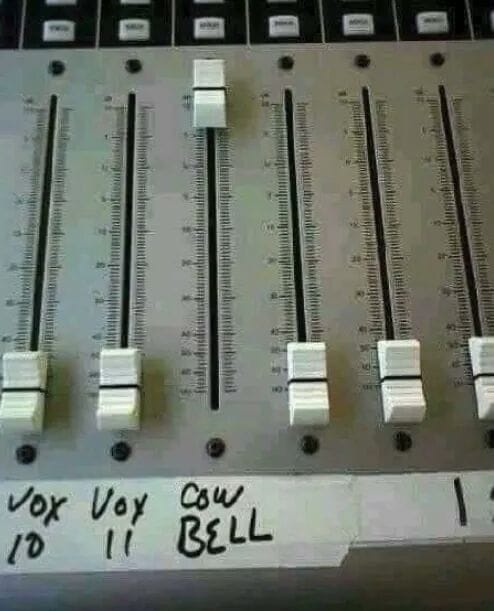 Sound effects for How to Train Your Dragon.

Auphonic will loudness-normalize your podcast or what-have-you for free (up to 2 hours a month).