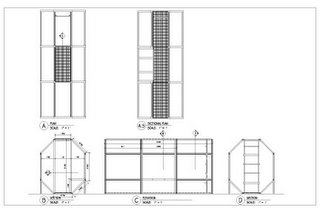 We're excited to have Ted Raimi to play the role of August in Bloodmask. He comes in on the 22nd. We got an apartment for him to stay in New York for shooting between Christmas and New Year's Eve. (I think he just wanted to be in New York for the holidays and our movie was a good excuse ;-)

Michael Kessell has stepped up to the plate to be our art director now. He's designed the interior of the ship we call August's Transport which will be built in the coming week.
at 12/16/2005 09:56:00 PM