My first assignment is due on Monday. Oddly, it is a graded assignment, yet it does not count toward my grade. Indeed, there is a lot of work which is ungraded.

To try to get better at this kind of work I'm going through the Thinkspace seminars on Orchestral Mixing with Jake Jackson. 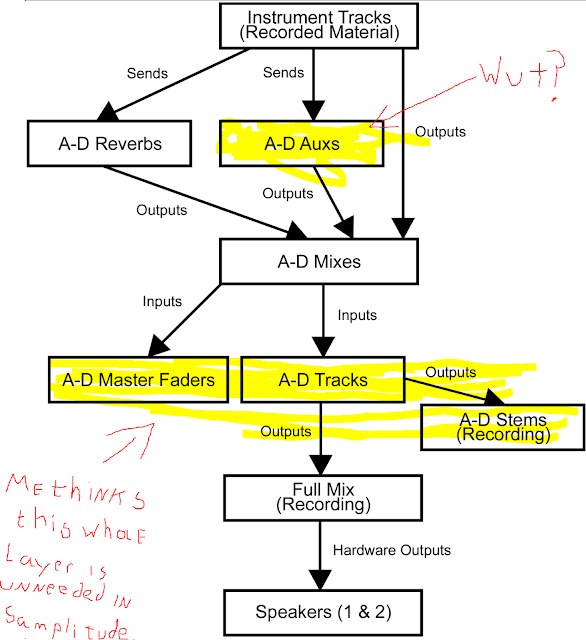 I probably need to deal with mixing stems right back into the project. I haven't been doing that yet. in my life.

Man, they spend a lot of time dealing with the inherent limitations in ProTools. I forgot what a pain in the tuchus it is to just add a reverb to the end of a bit of a track. Holy cats.

Guy Michelmore's pedagological sense really works for me. Technically it's his sense of androgogy or some such. But he's able to articulate pretty much everything. You know I have this whole thing about the difference between a "master" of something and, say, a "journeyman" is the ability to teach the thing (er, disregarding the sexism in the terms.) It's his ability to articulate complicated ideas that works for me.

Interleaved stereo -- apparently the mastering person at AIR thinks they don't sound as good as separate tracks. I suspect that ProTools just sucks.