Man, the music in Westworld is amazing. I'm not talking about the weird versions of pop songs, I mean the score by Ramin Djawadi.
The "sound design" part of the score is so sophisticated and brilliant. 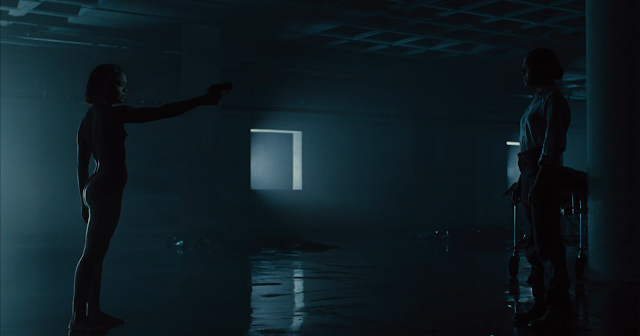 §
Oh man. I am unsatisfied by the ending of the second season of Westworld. Ugh. C'mon, man, we're due some time in the world. At least go 10,000 years into the future and find that all the guests in the park, the support team, the guys from security, are all hosts (which is what you were leading up to anyway.) And that all the humans are all dead.
Because everything else is all Mac Rogers Universal Robots, why not just finish it?
at 11/03/2018 11:44:00 PM

Yeah, season 2 was just as pretty yet empty as the first season. Think I'm done with Westworld.