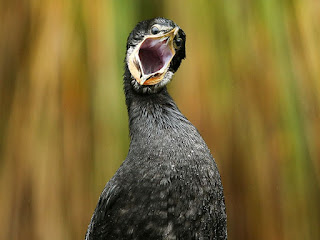 Thanks for going into so much detail surrounding the film and giving a sense of context here. All very useful to know! Its good to identify instruments that you may want to use to signify a certain character - this can be limiting and may evolve away from this, but it can offer a good starting point. Also good to hear about how your sound pallet evolves when working with your director. Now you have painted this picture, it would be really interesting to hear how you landed at some of the creative decisions you took to meet the twists and turns of the narrative.
You mention some good references, but quickly and in passing. There could be much more detail in how certain section/timbres are similar in musical approach to your score. This could also be in terms of spotting or musical pacing, each of the films you mention as references have very different approaches to spotting and pacing, which would be most comparable to your film and why?

Overall thoughts
This is an interesting score which makes many of the twists and turns you outline in the commentary. Spotting is done well throughout so far, although some moments are a little heavy handed. There could be more space to allow for the ‘important’ elements to speak. The acoustic elements in particular (strings, woodwind, piano) appear very small in contrast to the sound design. Some of the acoustic lines are a little convoluted, too: be mindful of writing too many notes when one or 2 may suffice enough to warm the timbre or change the aspect. I’d be tempted to mix up the score slightly in some of the conversation sections, just so we can hear the detail/depth without it taking over. Some bass is a little overly resonant, but this can be tamed. A good start!

Specifics and Sync points:
00m - Sense of scale in the opening is not quite there. The transitions in the woods/brass(?) are too dry and synthetic. The descending figure is almost funeral like. Blending sound design elements will help give depth and a more consistent energy synomynous with the rest of the score. If you are going for contrast here, then make the woodwind notes clear and ‘de-clutter’ keeping the notes you only really need. They will still need to be dressed with suitable reverb to keep it on a scale comparable with the rest of the score.

Nice level of musical involvement around the chess game, subtle and evolving, works well. 1m05s loses a level of intensity. Keep some involvement of the score before the notes at 1m22s.

Mix the music up a little so we can hear some of the twists in the score a little more clearly. This would be fine for demo purposes/the assignment.

You handle the rise in tension well around 3m50s.

The resolution at 4m16s is unnecessary, the first one works well around 4m but a movement back to this resolution is too complete.

Tasteful elements around 5 minutes. The string s may need a touch more reverb/depth on the tail of the note, they appear a little small in comparison to sound design elements.

The bleeps at 5m45s are well done. These could have more effects/swell up and down with a little more movement, particularly at 6m10s as the camera pans back away from the chess board. Integrate these into a more fluid mix.

This shot (6m-6m25s) feels a little static, apart from the good sense of growth in the distorted pad, not much else changes or evolves in the score. This could be a moment to bring out other rhythmical pulse and show a coherent sense of growth in other areas of the arrangement as well. this will add to the intensity and drive.

The external shot at 6m25s could be a moment of respite, allowing the tail reverb/space of the previous sequence to wash over this shot to give a sense of emptiness that is apparent in the shot. The contrast from the previous and the following scene will add room to the pacing of the score. As long as energy and detail is captured in the reverb tail this would give quite the ambient and atmospheric transition (Stanley Kubrick in 2001 S.O. famously left out all sound for shots in space, Interstellar did something similar with external shots too). Keeping some of the synths/sound design in the upper frequencies on the exterior shot would work well without the bass growls, as there should be enough bass in the reverb tail from the previous scene.

A very intense start to the next sequence. This reflects the danger you mention in your commentary really well. The 2 percussive hits at 6m41s might benefit from being repeated moments later, and/or altered in their repeats as the scene progresses. Currently they stand out as being slightly too much. Something similar to the subtle pulses here will help the previous scene. At 7m02s I felt the intensity drop slightly from the score. Perhaps another layer of rhythm/pulse would help maintain the high intensity of the start of the sequence. There could be a slight push/riser towards the end of the internal shot helping propel the narrative into the external shot with the wind gusts. Try syncing the final hit with the cut to the external shot and see if that makes the end of this sequence a little tighter. Pulling that final hit a little earlier will allow for an ambient reverb tail to dissipate organically before the dialogue starts in the next scene.

From 7m20s some of the bass pulses are a touch loud, (around 7m48s particularly). On entry of the strings around 7m55s: these could do with a little more reverb/space – that will give their entry a sense of depth comparable to the previous sound design; at the minute they feel small in comparison. The transitions between the first 2 notes is overlapping quite noticeable. Consider dropping the 3rd note in the motif. The final note of the string motif is rather static, this could evolve or lead us in a certain direction (more gritty? Dark? Portamento slightly detuning?).
8m40s, the bass is again too much, consider taking some of the lower boomy freqs down a little and adding some top end to give more definition to the pulse.

9m15s, the piano feels thin on entry here, again this is in comparison to the scale you have established in earlier scenes. The high pitched note on strings entering at 9m20s exits a little abruptly, do we need that there? The shift towards piano is already pushing us in to more sentimental territory, the extra note on the close up of the picture is not necessary in this form.

9m32s, the piano feels small. More reverb/subtle delays to get this into a similar space to the rest of the score. Perhaps try dropping some of the notes of each motif to allow for more room in the reverb/decay.

The chord at 10m15s paints a fairly hopeful colour which for me doesn’t match the conversation. Is there a reason this is more positive? The shift at 10m18s is such a stark contrast the sudden change doesn’t work, it feels blatant, and the acting is actually carrying that turn, the score may not need to work so hard here.

At 10m30s on the words ‘I am very lucky’, the score could introduce some intrigue as this is a rather odd comment, and on her second statement about knowing she is an android, is obviously a dig at the others not knowing. Could there be an ominous undertone here?

The cluster chord at 11m works well, although the resolution at 11m07s is too sentimental and unnecessary. You end the sequence well with the clusters and a sense of dread. The piano is again too busy. Using one note instead of so many would warm the timbre somewhat giving a nod back to the character it represents without making it overly convoluted.


Research Fair – you have the timbres/colours but more detail in the analysis of other scores and specific points in these scores is needed; why are they relevant to this project, etc.

Creative Good – appropriate sound pallet set up which matches many of the points of the narrative outlined in your commentary. Allow for some elements to evolve more, especially sustained notes.

Technical – Good – well mixed on the whole although some boomy elements. Acoustic elements need work getting them into the same sense of space with sound design.

Practical – Good – appropriate spotting on the whole, sometimes a little heavy handed or convoluted, when one or 2 notes would have done the trick

Hope this helps,
All the best
Chris

Chris McGuire's Summary:
This is an interesting score which makes many of the twists and turns you outline in the commentary. Spotting is done well throughout so far, although some moments are a little heavy handed. There could be more space to allow for the ‘important’ elements to speak. The acoustic elements in particular (strings, woodwind, piano) appear very small in contrast to the sound design. Some of the acoustic lines are a little convoluted, too: be mindful of writing too many notes when one or 2 may suffice enough to warm the timbre or change the aspect. I’d be tempted to mix up the score slightly in some of the conversation sections, just so we can hear the detail/depth without it taking over. Some bass is a little overly resonant, but this can be tamed. A good start!
at 7/23/2019 12:32:00 PM