Pictures on the Moon

Turns out, this picture is "fake." It's fake only in that it was significantly altered, with more black "sky" added. 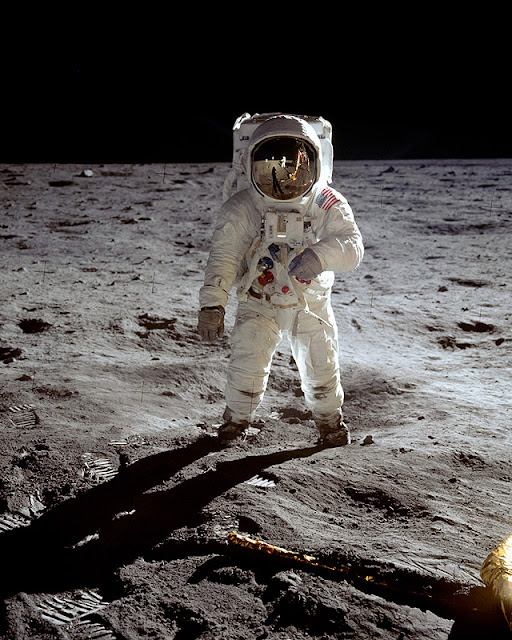 That said, I still insist the Apollo astronauts were really terrific photographers. Sure, Armstrong messed up the framing on one of the most iconic photographs in the world. But it's in focus and correctly exposed. He had to shoot without seeing through a viewfinder for crying out loud.
I can't figure out the actual film speed of the color film(s) they were using. It was all special-order 70mm Ektachrome.
Among things that are true is the fact that any 70mm photographs you took in that environment (space, the moon) would look amazing because they are, you know, space, and the moon.
All of the Apollo pictures are on Flickr.