So we have a screening of the movie and I just can't sit through it without the excruciating pain of seeing every single mistake.
That's right. It's all about me.
There's a whole act which needs a pass on the audio to smooth dialog transitions. Meaning that every time somebody speaks, the background hiss jumps up. Then it cuts off when they're done. It's entirely my fault and I don't know how it got through.
Then there are some render errors. Final Cut Pro does not always appreciate multiple layers of video being composted atop one another. We go to great lengths to avoid this by making lots of pre-renders but somehow there were a handful of shots which had that strange "overwhite" look where the bright patches in the frame actually go black because they're so bright.
And also a couple boom shadows which I had at one time dealt with by putting a "tunnelvision" effect on the robot's point-of-view. My guess is that we lost that effect when we put the movie in 3:1 aspect ratio but then when we pulled back out to 2.35:1 I didn't put the effect back on.
So I spent Sunday re-editing dialog and re-rendering picture to send out again.
My distributor's exact words when I told him I was sending him yet another version of the movie were "You're killing me." 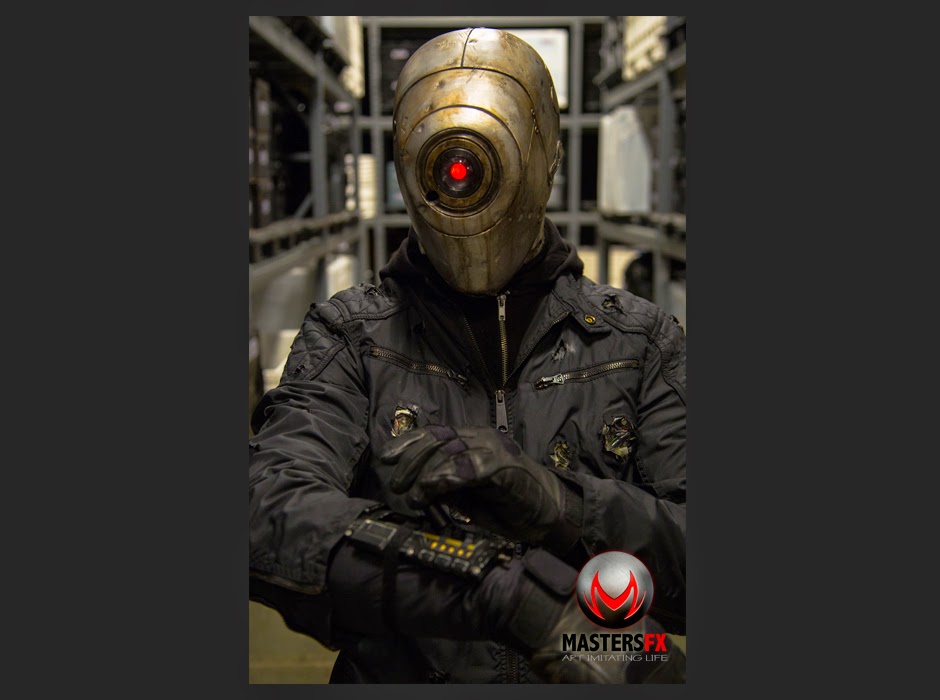 I said "I know, I'm killing myself too."
Of course we didn't just have rendering errors. The dumb DVD took a dive in the middle of the movie. Luckily we got it started again off a computer (which is what we should have done in the first place.) I told people that if the DVD doesn't work we all have to go and act out the entire movie for the audience.
Apple killed DVD Studio Pro. Adobe has abandoned Encore. Honestly I don't know how professional houses make DVD's anymore. I am hoping that I never have to make one in-house ever again.

§
That said, dramatically the movie almost works (this is the director talking). There's always a problem in these small indy pictures where one misses a bit of the action, the impacts, that sort of thing. And I feel like we still missed some of those. But not all of them. Some of those moments we got right. Even though we had to shoot a lot of this picture where different angles of the same scene were not shot on the same day. Or month.
The movie is very well acted. It gets laughs where it's supposed to. And I think the story makes sense. The music is great. I dig the costumes. It looks different from our previous pictures. Steve Niles banged it out of the park on his end. And we have a couple good cg robots.
This movie is the least excruciating picture of ours for me to watch. Faint praise is all I've got for myself. But it's a step in the right direction.

§
I got the latest picture to UPS today. Hopefully it's the last version. It's been more than a year since we had shot the movie. That's a long time for us.

Oh my God, a whole year! You are really slacking. I think we're going to take "World's Most Prolific Indy Filmmaker" away from you now. Sorry.

I'll make up for it next year. I promise.