So the last two recording sessions with Marc have resulted in a really irritating artifact. And by "irritating" I mean I should have known better. I freaking HEARD clicking while we were recording. I heard some strange broad-band noise too. Both sounds were intermittent. But I couldn't immediately trace either sound while we were recording and I had hoped it was just the monitor system.
It wasn't.
Intermittent clicks. And yup, they were there on playback too. I tried applying de-clicker plugins and they did nothing. Absolutely nothing. That was super unusual. So I found one of these clicks by ear and zoomed in on the wave. Normally a click indicates a huge spike which is easy to see. But these clicks weren't like that. So I went in to the sample level.
And hoo boy. There is was.
That's what, maybe 9 samples long? Just complete dropout on the wave.
This is on the bass track. And there are scores of 'em. Through testing and comparisons I think I isolated the problem: my relatively new Countryman DI box. [UPDATE: it is not exclusive to the Countryman. It may indeed be an issue with the Lindell preamps or the Scarlett A/D converter. Although it seemed I could replicate the issue by swapping in and out the Countryman it now seems there are multiple clicks and noises which occur from different problems. That waveform above seems to come either from the Lindell or from the A/D converter. I won't know for several days.
But there are other sounds which clearly come from the Countryman, including some of the clicks. So there's more than one source for the mess. 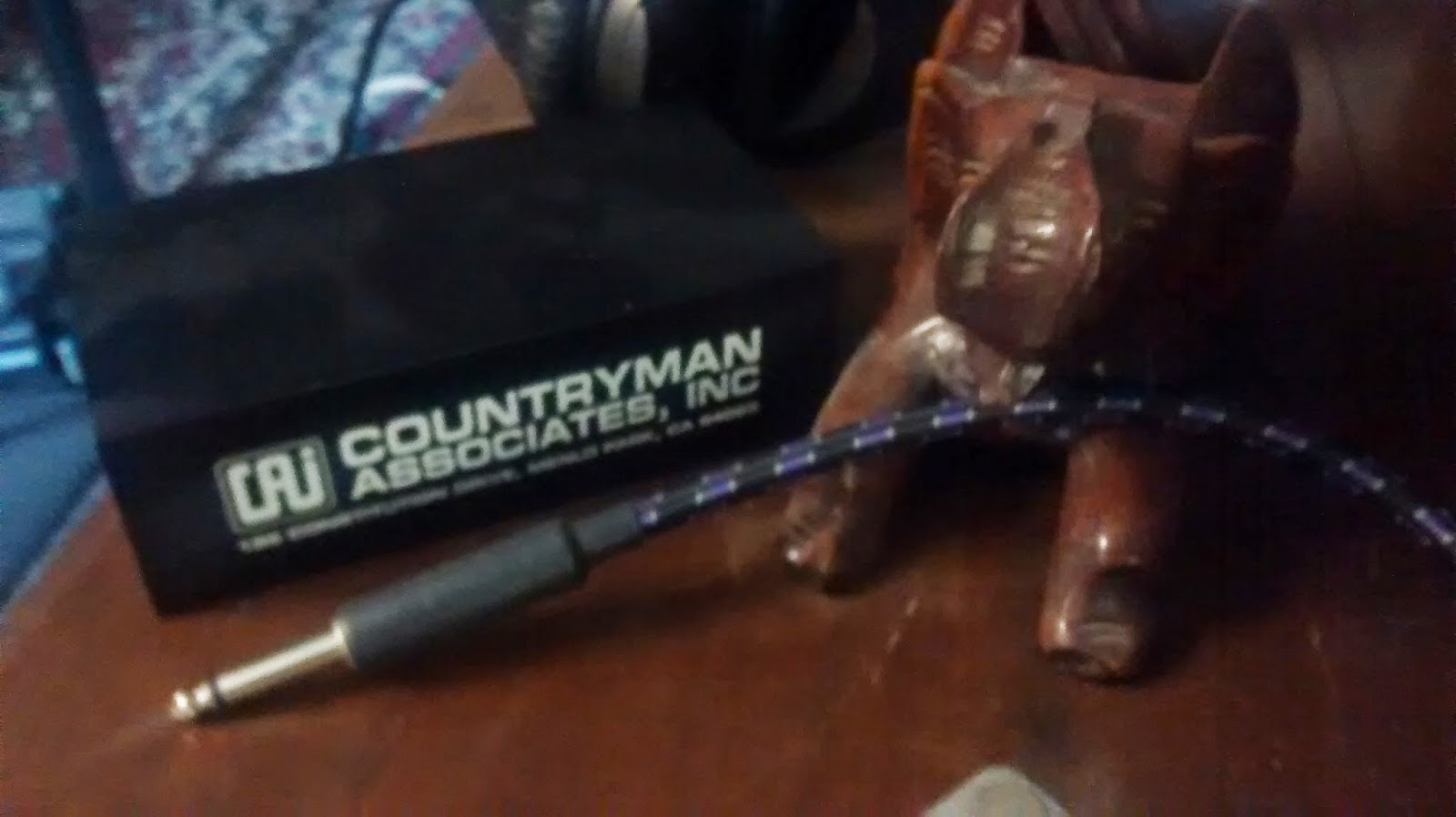 Hoof. The Countryman 85 is the standard DI box. Reasonably priced. Been around for quite a while. Is it the finest sounding DI box? No. But for price/performance it's certainly a market leader. Something inside is blown. Maybe a cap? Sure. I don't have any idea but if say "I got a blown cap in the '85" with an authority in my voice it sure sounds like I know what I'm talking about, right?
So now I have to fess up to Marc that we need to do some re-recording. I'm sure he'll take it okay.
But with the Countryman out of the mix what do we do? Well the Neves have DI inputs. And so do the ART tube preamp channels.
Thing is, I've been liking the Lindells. I've been enjoying them on guitars and on bass. But there are no DI inputs on the Lindell preamps, hence the Countryman 85 DI.
Remember these things?  Radio Shack Hi-Z to Lo-Z balanced converters. "How do they sound on bass?" you ask. Compared to the Countryman? They sound... pretty good actually. The Countryman definitely sounds better (I mean, when it's not being noisy and then intermittently cutting out the signal) and has some prettier high end, seems more "airy" (and other malarkey audio buzzwords.) Would you be able to tell which DI was used when listening back to a recording? No. But if recording is the "accumulation of subtleties" then there will certainly be a bit of a quality boost with the Countryman. Not noticeable on its own but if you A/B'd between the Countryman and the cheapo Radio Shack DI you'd certainly notice.
But will it be better to record bass through a Lindell preamp using the Radio Shack DI or will it be better to go direct into in the DI input of the ART? I dunno. And it's kind of guesswork for me to play bass through one path and then play it through another to figure out which sound better. I mean, I might be able to do it but my bass playing skills are less than stellar and I can't really get the sound I want anyway. I mean, maybe I can get close. Who knows? We'll do some tests. Find out. Wish me luck.
Also I'll hit up Countryman and see what they can do.