A Ghost in Your Hell

Also? The live-action Ghost in the Shell -- did you see it? 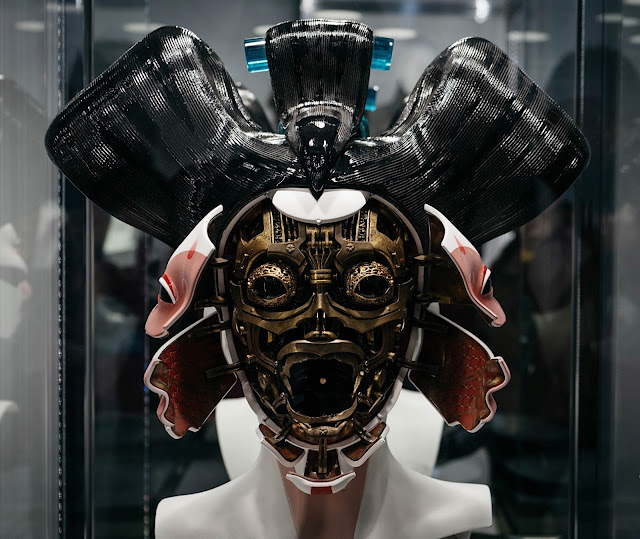 It came out last year. There was much bashing because The Major was played by Scarlett Johanson rather than a Japanese actor.
⧳ Oh right.I guess I didn't realize that came & went. 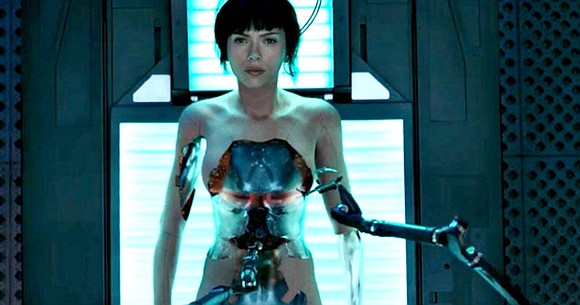 So yeah. The problems include the fact that as much as fans of the comic love to think it's really deep and philosophical, the original is actually just crap.I mean, their scripts are terrible.The dialog hurts your nose. The themes smack you in the back of the head, and where there should be plot there is, instead, pretty images.
And like how much vastly better The Ring's script is to Ringu, they did solve a lot of problems in the live-action movie.
And there are some aspects of the LA GitS which are sort of beautifully faithful to the original. Like the fact the chief only speaks in Japanese. Which is just beautiful really. He is so awesome. [Ed. That's Beat Takeshi.]
⧳ Ok.

So did you ever understand what they meant by "ghost in the shell"?
⧳ Nope.
Right. Well that gets cleared up right away.
See, the Major is completely robotic. But she has the mind of a person. That mind, hidden deep below, is her "ghost" and the body is her "shell." And that is the difference between her and a robot.
Also, you have a degree in "I can talk about complicated flipping philosophical concepts" and you never learned that from watching the movie. Whose fault do you think that is? Yours or theirs?
⧳ Well.You are the only evidence that I actually watched the movie. It went in one eyeball and out the other. I was not apparently very taken by its philosophy. 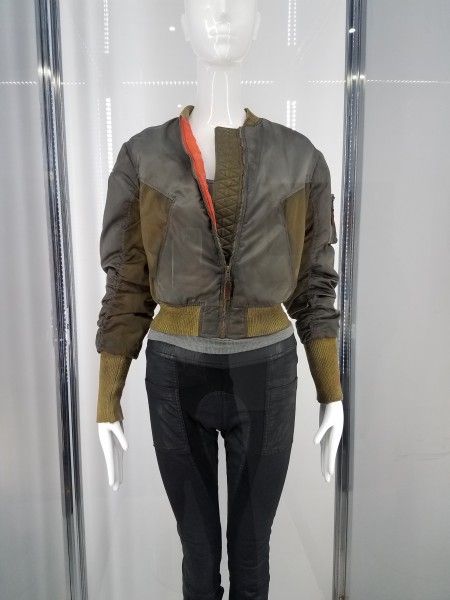 Then there are two things about Scarlett's performance which really stood out. First of all, I looked at her and thought "huh, they made her kinda fat for a big picture like this." Which isn't true but she is, quite literally, "thick". She has the body of an athlete but not the tone of one.
⧳ Okay.
And considering that her "nude" scenes are all in a robot bodysuit CG, I thought that was an interesting choice. [Ed note: they are not, apparently. The thermoptic suit was created, which also explains why she is overall a tad thicker.]
But then... I saw her walk. And her physicality in the movie is one of someone deeply uncomfortable in their own skin. She is clunky. Shoulders forward. She walks like she's badly animated.
⧳ It's an amazing set of choices.
And if I'm not mistaken, she actually alters her walk cycle at the end of the movie. She isn't totally human but she is somewhat more comfy.
⧳ I mean, Hollywood does a lot of dumb things, but there are things it does well. And telling stories in ways that are clear to the audience is one of those things. I think.
One of the complaints on the Interwebs was that at one point the Major finds her actual mother. And being a Westerner served tea by a Japanese mother [Ed note: Kaori Momoi].
The thing about it is that having her be of a completely different race in that context is utterly freaking brill brill.
⧳ What's the problem?
Because Scarlett is playing a Japanese character.
⧳ But she isn't. She didn't know she was Japanese.
Right. Which dramatically is interesting. But for ex-pat Asians, or people of Asian descent in the West, is problematic.
⧳ Ah. What, if anything, did the Japanese think about this?
Actual Japanese people who live in Japan don't tend to care because anytime they want to see representations of themselves in a variety of contexts in news or film or television--
⧳ They just turn on the TV.
Right.
But dramatically, this Ghost in the Shell did an amazing thing. One thing, other than Scarlett's amazing walk cycle, that was amazing.
⧳ Amazing?
Her mother has this dress which has the non-symmetrical offset collar thingy.
⧳ What?
This.
⧳ Okay.
Her mother wears a dress which has the non-symmetrical offset collar. You know what I mean? And in the next sequence Scarlett's body armor has the same cut.

⧳ I stipulate that is a stunning work of brilliance. But there's still the racial politics.
I blame every other movie and television show for refusing to cast ethnically non-occidentals in damn near everything. Defaulting to the brown-haired white boy just makes everything suck. Because the whole identity issue where you have a white girl who finds out she has a Japanese mom is fascinating. I mean that's brilliant too.
⧳ Yeah but what if you had flipped it?
You mean had a Japanese Major with white woman as her mom?
⧳ Ooh. That sounds like it would get similar white-washing complaints.
Yes, and only because we suck so much at casting anyone who isn't a brown-haired white guy.
⧳ They do get all the best roles.
Especially if they have British accents.
⧳ Especially.
Because the thing with the Ghost series is that Section 9 is just made up of wildly different people from all over the world. I don't think that's ever explained. But it is very cool.
There's a black British woman who gets very little screen time but she has an awesome lower-class accent. [She's Turkish and Polish and her name is Danusia Samal. Drew is an idiot and her character's name is Ladriya.] 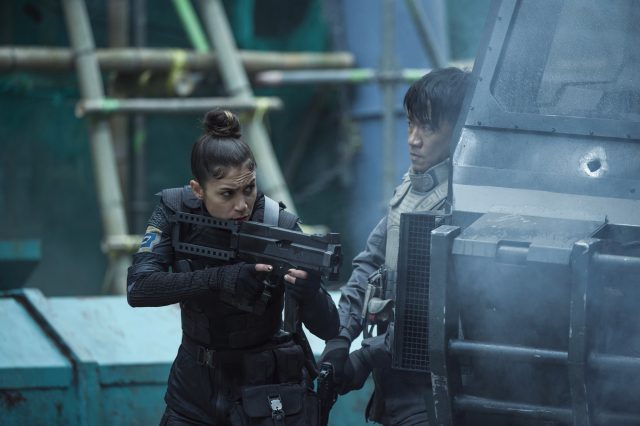 Man, there were some pretty shots in the movie. There's also some of the things which made the original GiTS not so great. The primacy of image over story, for instance. But much of that did get cleaned up. There were quite a few shots where I was like "Did I do the animation on that?" because it was definitely the B-team (I'm looking at you spider-bot.) 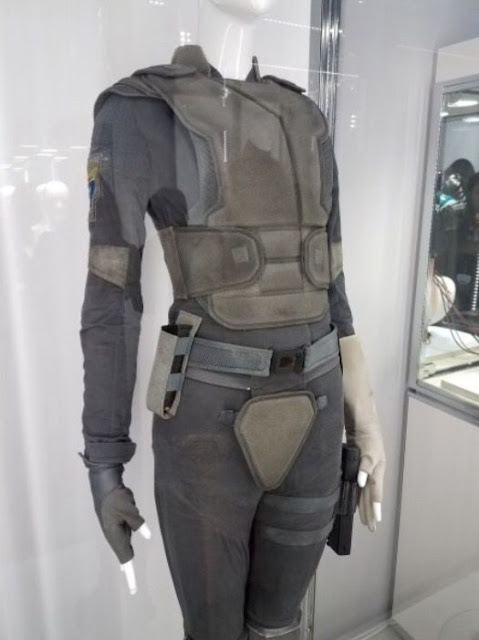 The original Ghost in the Shell was about self, and it doesn't translate well and the Manga goes even deeper then the anime and is way more confusing. The movie turned Major into a Robocop. The Major in the anime had grown up in an cybernetic body her whole life, the Manga flushes her character out more and she's a bit more comical then the serious portrayal of her in the animes.

Scarlet didn't do bad with the material, but they just strung scenes together without even a realistic theme and removing the fact that Major Kusinagi had in fact grown up a cyborg made it lose something that helped explain the Major's attitude and lack of sympathy for "real people". Truth be told they could of really gone one step further and made Scarlet's mother black. Since her body was nothing more then a shell, using a CGI picture of Scarlet being black with Asian features. Then you could say real white washing was involved (snicker). (Rimshot)

Yeah, I never liked the cartoon, so didn't even bother with this after the bad reviews...if it's on Netflix, mebbe I'll try it.

It ain't perfect. But it's better than the anime. And Scarlett is pretty brilliant.