Isaac Asimov's The Caves of Steel was first published in '58. And yeah, there's some stuff in it which is kinda creaky. It didn't age 100% well. The computers in it, for instance, are comically slow. 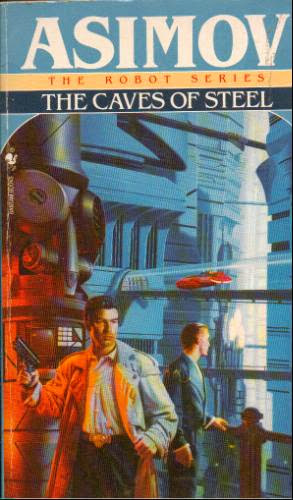 It's basically the story I Robot (the movie) was based on, even though there's another book called I Robot. So there's that. And it's a good story about a detective who hates robots who is (naturally) assigned a robot partner.
One thing I thought interesting.There is, essentially, a Voight Kamf test which takes place in the book. It's not to test whether someone is a robot but rather whether a robot has a working 1st Law of Robotics in place. 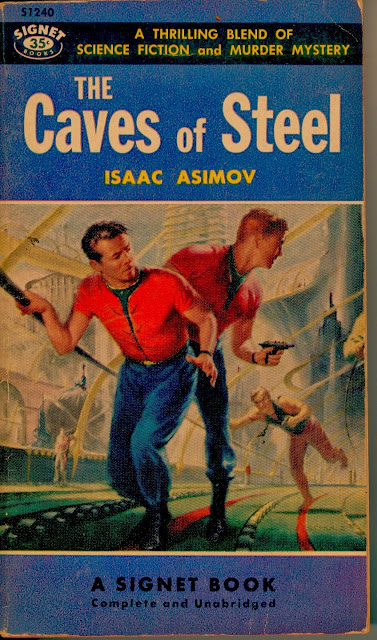 It sounds like Almost Human, the TV show. (which is okay, but elevated cuz Karl Urban is freakin awesome!)

Yes, I think so too. It may simply be that the noir notion of a detective who hates robots gets assigned a robot partner originated with Asimov. Which, you know, ain't a bad provenance. ;-)

I read a lot of Asimov and Arthur Clarke as a kid, and now I really can't keep the two separated in my mind.

See kids? That's the danger of reading!
Just say no... to BOOKS.

I thought the movie "I, Robot" was based on a script called "Hardwired" that was retooled for Asimov's work.