I'll pretty much watch any version of Macbeth. The Fassbender Macbeth is kind of interesting. The witches are rather reluctant. They're not the chatty, happy sort of witches.
The show starts with the Macbeths burying a child. This is an implication in a lot of productions -- that they have a dead kid. Lady M talks about nursing, but not actually having had (and lost) a baby. But here they make that more explicit. Although I think in this production they have several kids. There's a lot of brown-haired white boys in this movie so I start to confuse and conflate many of them.
But I think the older son motivates the "handle toward my hand" speech when he returns as a ghost. Which kinda makes sense. 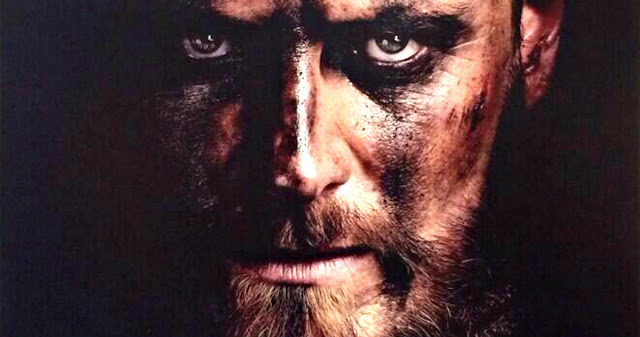 Man, Lady M doesn't need a lot of persuasion to go over to the dark side does she?
The issue with Macbeth is always that we don't see his change so much from good guy to bad guy. But what about a Macbeth: Portrait of a Serial Killer? Just make him a psychopath who goes in and out of lucidity. Honestly that sorta makes sense with the witches and all but it doesn't account for Banquo.
Most of the humor in the text in this production is drained right out. No drunk gatekeeper, that sort of thing. They keep it dark.