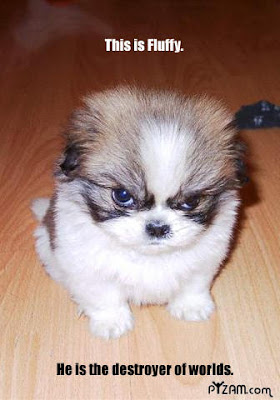 First of all, the drink called a "zombie" is named that for a reason, people.
I think we're going to be shooting Angry Planet in September. That'll give us enough time to schedule and plan (and save money).
And we may not cast any name talent. Thinking now is going like this: spending that money on special effects might get us more money than name talent. That's our thinking. Right. Now.
I might have coming up - someone else's movie wherein they need a sound person. Hopefully I'll know later today 'cause there will be a lot of prep.
Last week I recorded the Russian Chamber Chorus of New York. It's the best recording I'd done of them up 'till now.
And I might be recording another off-Broadway musical. Gotta figure out how to do that. Thinking about renting a Cooper mixer for that purpose!
at 5/20/2007 10:40:00 AM