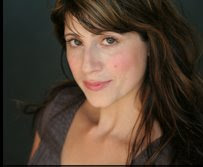 Before I go on, let me point out that sound designers never get mentioned in reviews. In the almost 20 years I've been doing theater I have exactly two published reviews (the first one was last year for music I composed for Macbeth). But now! Now I have a mention as a sound designer.

That's right. I design a show for the beautiful and talented Catie Zambri. She wants some pre-show music. I thought that having all songs about letters is too on the nose for the show called Hate Mail but that's what Catie wanted so...

But let's get to the point of the entire review, shall we?

You'd better be careful - once your name is publicly attached to specific song titles, people might actually ask you to legally license them... ;-)

The venue pays the licenses, as long as we ain't synced to picture I can't do nuthin' about it! (It's only a performance license.)

I vote for "Box Full of Letters" by Wilco.