You know what you can't do on an electronic drum kit? Cymbal scrapes.
There's some other drum special effects you can't do but for all intents and porpoises you can basically do whatever you need to.
Here's a dude giving a fairly good overview of the sounds and playability of the Alesis DM10 Studio kit. You know, by playing it.
You know what the downside of an electronic drum kit is? At the high end at least?
They're #&*$($&)#)! expensive!
Why would I pay more on a dumb electronic drum kit than I've paid for all my guitars? Good grief.
I mean really. Sure, there are some cheap and mid-priced ones. But to get pro you have to spend some real bank. There is no Yamaha drum kit between about $1800 and $4300. The stupid "brain" of the kits -- the actual thing which makes the sounds -- the only one of those which have more than two outputs (which is honestly pretty critical to recording) are at least $1500 in the Yamaha and the Roland range. The Roland is actually over two grand thank-you-very-much. 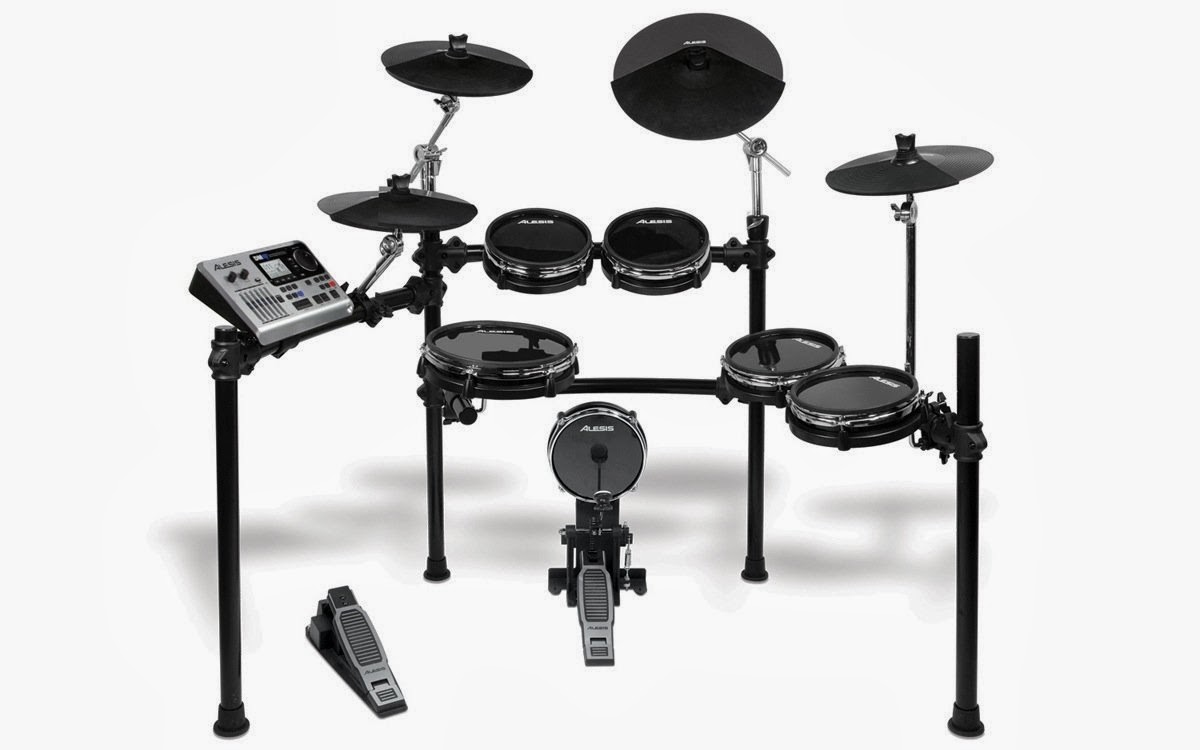 Sure. There's the Alesis.
For me, as long as the triggering works well, we can use the sounds from a computer via MIDI. Actually. Huh. That opens up our options quite a bit doesn't it? I think having a continuously variable hi hat is important. And who doesn't want three zones on the ride? But if we're just pouring MIDI into a computer we don't have to worry about multiple outputs from the drum module itself (and you pay a monster premium for more than two outputs, let me tell ya.)
The other thing about the Alesis which is interesting is that although nobody really likes the stock heads it's fairly simple to put on new mesh heads. So there's that.
at 2/18/2014 10:50:00 AM