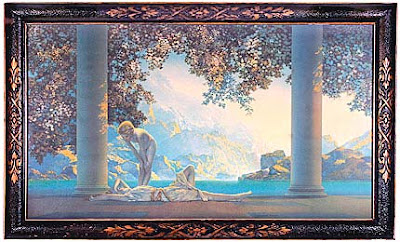 I've just had two identical conversations with other sound guys: talking about the difference between the $1800 Schoeps shotgun and the $800 Sanken CS-1. I contend that the re-recording mixer doesn't care about your source, whether it's a boom mic or wireless lav, as long as the tracks are clean. The Sanken probably records with a little more isolation than the Schoeps and probably makes slightly more usable tracks for the dialog editor to carve out in post production, but the Schoeps is so much nicer sounding to the sound crew on set. So the question is: which is more important, slightly better tracks in post, or being less irritated on set?

Really? On set pain is temporary, but post-production pain is forever. Or maybe it just seems that way.

Besides, I'm always irritated about something on set.

I think it's just that reduction of on-set pain offsets the post-production "hmm, that could sound better, maybe we should try this filter"!

And that's true even when you add a thousand dollars! ;-)

But the other thing is that I always have trouble getting women to sound good on the Sanken. Half the women I try to record with it end up sounding sibilant (and post DOES have to do something about that.)

Ah, you didn't mention the sibilant thing. That being the case, I can see the appeal of the Schoeps.

The Sanken just makes you more stressed, with the Schoeps everything is just... better... It's more visceral than just the sibilance issue... Schoeps=happiness... ;-)
I've drunk the cool-aid!

And that's important. As much as I like the images produced by my Aaton 16mm camera, I like shooting with it because it just feels good. I like the way the controls are set up, I like the weight, I like how it looks. Heck, I like the (thankfully very quiet) purring sound it makes while it runs!