See, the reason Jessica Jones irked me so much is that it was so close to being great. And instead did the opposite of being great.
I mean basically Krystin Ritter could read the phone book and I'd pay admission to see it. And David Tennant is just fantastic. But. But oof.

You know, you read enough versions of enough screenplays and you start to see recognizable echoes of earlier drafts. Oh. And spoilers ahead. Did I mention spoilers? 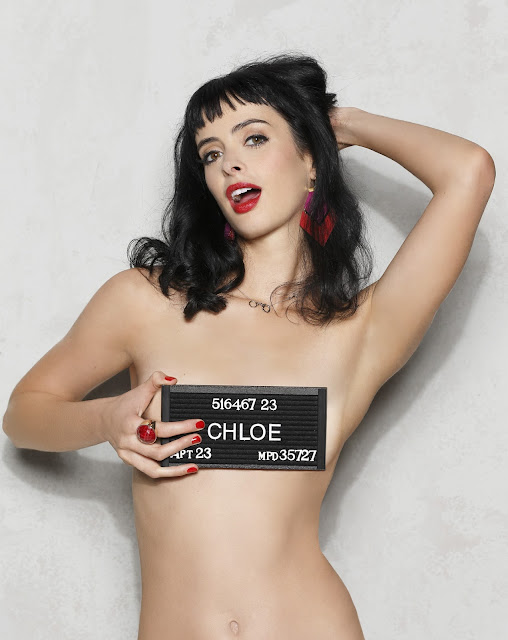 I bet there was an earlier draft of the Jessica Jones series where the vaccine the Purple Man's father was making worked. Because I kept expecting that to go somewhere. Like the scene where he tried to get his own dad to blender his own (the dad's) hand. Like that was a make-or-break moment where the dad had to commit to pretending to be under his son's control. And that the amplifying thing the dad was working on wasn't going to work.

Because otherwise, what was the whole antidote thing about? It never went anywhere. Dramatically that's pretty sloppy.

Dramatically it was a nice turn where we find that Kilgrave was abused as a child. But then that sort of went to pot as it turns out it wasn't true and blah-blah-blah. But what would have been vastly more interesting is if Kilgrave's whole persona, his whole being, was that there was someone worse than him. Someone who could control Kilgrave. Someone who made this tender and abused little boy into a monster. So that while he was cruelly controlling and sadistically toying with other people it was all because someone else was forcing him to do it.

Now that would have been an interesting turn. Then the huge irony is that indeed Jessica Jones would have to team up with Kilgrave to defeat the bigger monster.

You know what TV show did that well? Blade. Yup, Blade the series. That show was terrifically well written. The villain goes from being a guy you can't wait to see die to someone who's actually sympathetic. And then you want to straight-up murder a little girl (and, you know since this is spoilery to start with I may as well point out that Blade does not hesitate when the time comes to take her out). The girl is evil evil evil and dangerous (and, you know, not actually a little girl). And Blade doesn't not do things just because it would be the end of the series. No, they waive putting the two in a room together until the last episode. As it should be.

These are the sorts of things that keep me up at night.