I am angry at Jessica Jones. 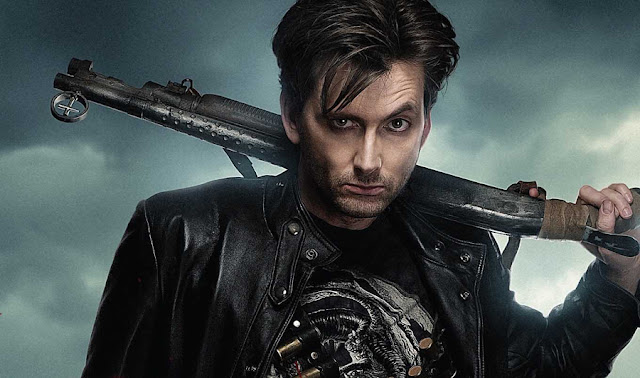 [Marsian Queen]: I apologize on behalf of a show I've never seen.
Thank you. I feel better about that.
Actually, the same thing irked me about Batman.
"Here's your opportunity to kill the very very bad guy. But just stand there and talk to him instead."
[Marsian Queen]: The opposite of the James Bond problem?
Ha! Yes.
Except that the good guy just... refuses for some odd reason to kill the bad guy.
Or you'll have a character who doesn't believe the bad guy can control minds, but breaks him out of prison to help get her spouse to sign divorce papers because he can control minds... and doesn't see how that might go wrong for her.

So the last thing he orders the spouse to do is to slash the lawyer with a thousand cuts and while she's doing that the lawyer's lover shows up and kills the spouse. Yet somehow the law has it that the lover is being charged with murder for that. Because. Squirrels.


And the whole reason for not killing him is to prove that some girl who he made kill her parents -- is not guilty of killing her own parents. But in the course of tracking him down there are dozens of other witnesses that he can do that -- including a police officer.
Then there are about 30 police officers who get the same treatment. They are all unimpeachable witnesses. (There is some lame-o explanation later that they'd be suspended from the force if they told anybody about it.)
But no -- the plan is to have ONE cop (who's getting close to retirement) watch while the bad guy makes his own mom kill herself. Which isn't proof because all the cop sees is the bad guy telling his mom to stab herself and she does. How would he know mind-control was at work here? When this same cop had already seen 30 of his fellow cops put their own guns to their heads at this guy's command.
[Marsian Queen]: I recommend sedatives and restraints. Perhaps a nice cat to pet.
at 12/14/2015 10:33:00 AM