Wherein I finally weigh in on the Zack Braff thingy

I thought the most interesting thing Zack Braff said about wanting to do a Kickstarter campaign for his new movie was that it would enable him to have more artistic freedom than if he'd just gotten regular financiers to back the picture. I have to admit, that's a pretty compelling reason to go with Kickstarter.
It's no secret that the filmmaking business is a difficult one. I mean, shooting a movie is physically and mentally taxing. But getting the money to make one + getting it distributed is an exercise in Promethean frustration.
The fact is the numbers don't work out. Right now in the "indy" film world the movies which are made for between $2 million and $12 million are getting $100,000 domestic distribution deals. And I'm actually being charitable, those are the best deals those guys are getting. Those are straight-to-DVD with maybe some cable VOD and Redbox.
So between 2 million dollars and 12 million dollars you're getting maybe a quarter-million dollars in return. Every few years one of those pictures gets a theatrical deal (and I'm not counting a deal with IFC because those deals are in the order of about two thousand dollars thank-but-no-thanks). But those theatrical deals are super unlikely to pay the producers any real money. 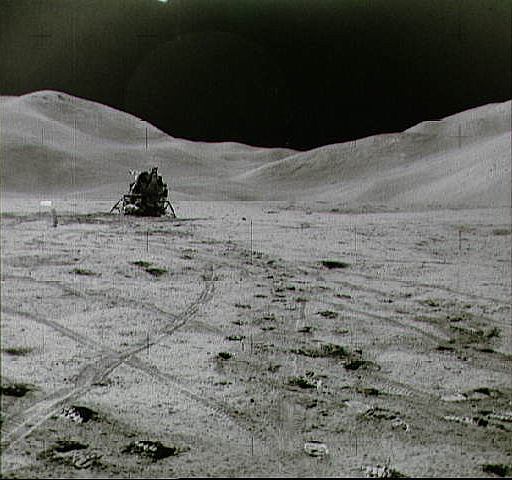 The thing with a Kickstarter campaign is that they're expensive. Because you have to offer something in exchange for someone putting money into the campaign you're looking at T-shirts and jackets and promotional DVD's and such. And suddenly with a successful Kickstarter campaign you're not in the movie business, you're in the T-shirt distribution business. Did you want to make T-shirts for a living? Because now you are.
Still, even with the relative "expensiveness" of the money from Kickstarter it is money with no additional strings attached. And if you're making a movie for several million dollars and are aware that at best you're only going to make a couple million dollars from it through distribution, it makes economic sense for the producer to go that way.
Because otherwise you have just a couple options. One option is to go after unsophisticated investors who want to be in the movie business and who have too much money on their hands from whatever legitimate or illegitimate businesses they may be in. They won't know that their two million dollars has about an equal chance of getting paid back as hitting the Powerball this weekend. And, they may not care.
The other way is that you go with a sophisticated investor. Those people will be a problem for you. They're going to look at a picture like Garden State and say "Look. This picture grossed $35 million. In some wild fantasy world it means the producers saw maybe $20 million with cable and DVD. Probably more like $10 or $12M. And it probably took upwards of 5 or 6 years to see that money. So lessee, getting out my financial calculator and running the numbers against my money-market account: you better make a straight-up romantic comedy. I wanna see some people falling down."
So yeah. The movie business. Right on.

"And suddenly with a successful Kickstarter campaign you're not in the movie business, you're in the T-shirt distribution business. Did you want to make T-shirts for a living? Because now you are."

This, for me, is the problem with the whole "give your movie away and try to sell things associated with your movie" attitude I've seen some people adopt.

I want to be a filmmaker. I've made a movie. It's like if I was a chef, but I have to pay to make all this food, just so I can sell some pepto bismol afterward.

PS: Fuck Zach Braff. He could get the money 100 different ways, and I bet with very little interference. (PS: Garden State didn't cost more than 12 million, no matter what they say)

On the last points:A) I'm really not so sure he has ways of getting money without strings attached. I mean, who are these people? If he knows 'em, I'm going into business with Zack.
B) Man, just because WE can make a movie which takes place entirely in a house for a million dollars does not mean they aren't TOTALLY CAPABLE of spending cash like it's going out of style.

PS: Looked it up. According to a couple of places, Garden State cost about 2.5 million. So if he can't do the sequel for 10 million, he's a retard.

And he's GOT 10 million. If he's so in love with the idea that he wants to do it HIS way, just write the fuckin' check.

PS Fuck that dude in his face.