So. On Wednesday we didn't have Lou or Ethan. And Lily decided she wanted to play drums. Which said to me I should play bass. 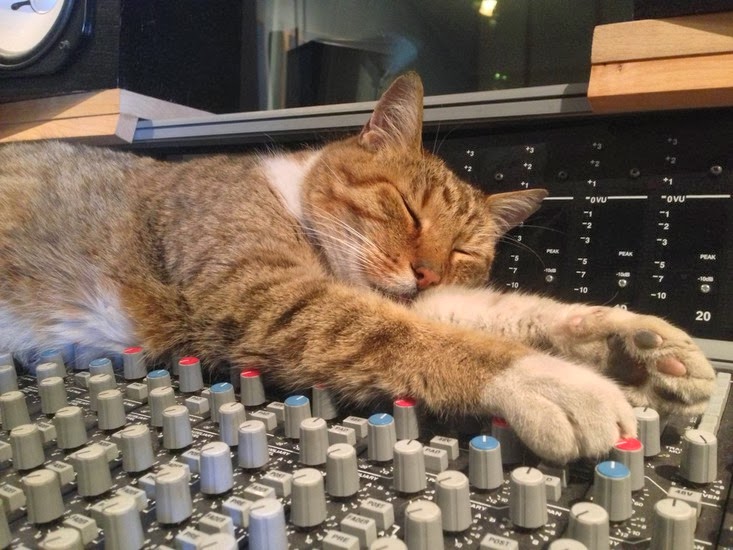 We only had a single Shure 58 on the drums (going through a Neve 1272 preamp). And another Neve was used with a Rode NT1 hanging over a Fender Twin Reverb (with Lily's Schecter). Greg's guitar was recorded like it normally is, except that I used a Neve on him too.
We tried a bunch of things. Somehow we ended up recording this completely unhinged version of Wipeout.

The drums are smashed with compression -- 1176 and LA2 emulations. And the whole thing was very noisy (there is quite a bit of emulated single-ended Dolby noise reduction too.) But I'm extremely amused by this wacky recording. I think it may almost be in mono.
at 10/04/2013 11:49:00 AM