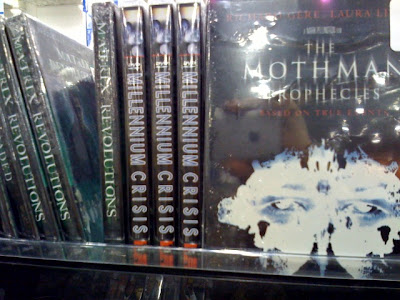 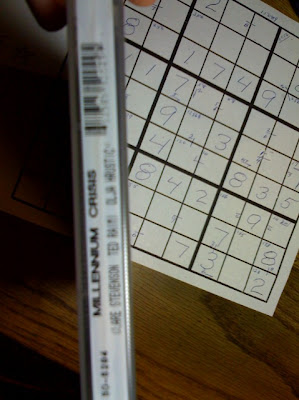 ... well, a check of the Best Buy website says it's in "most stores" but looking around on the website it seems that it's only available in some stores. I dunno. But it was available in the store in Woodbridge, NJ and I went to visit.

There it is -- right between "Matrix Revolutions" and "The Mothman Prophecies".

This store only had three copies. Now they have two. I wonder if that'll be the tipping point at which Best Buy will order more?

When I got my copy and brought it home I noticed that although Ted Raimi and Ato Essandoh are both listed above the title on the cover; Clare, Ted and Olja are listed in the plastic thing you peel off the top of the DVD to open it.

Shock-O-Rama did a nice job of the packaging on the inside with a clear plastic case so you could see through to the inside artwork.