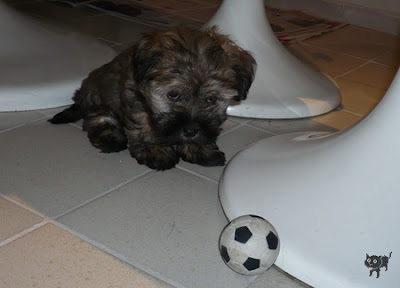 We have auditions today for 0704 The Shriven. I'm way too sick to go. Basically, if I went I would be patient zero for the massive New York actors extinction which would occur in the early part of the 21st Century. Since we need those actors (or at least some of them) it's better I not be responsible for the horrible plague which wipes them out. In retrospect, they'll appreciate it.

But the auditions will be videotaped, so I can watch them. And we'll have notes on how nice they are or if they seemed weird in not a good way. And Brian, my co-director, will be there. Laura, of course, will have the best bead on who can act for which part.

Bill Cunningham over at DisContent (which is now known as something else) wants people to mass blog about this Italian comic. I'm a bit delirious so when I read his post about it I still wasn't too sure why we're doing this, but here ya go:

Email ThisBlogThis!Share to TwitterShare to FacebookShare to Pinterest
Labels: 0704, Otherwise

You, my friend, need an unpaid intern!