So some jerky-turkey broke into my car. 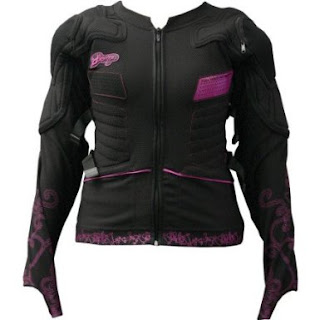 And they stole the GPS which, although a jerky turkey move, is at least understandable. But they also stole costume pieces which have zero value to them but are very hard to replace. Like, for instance, this women's armored jacket.
They also took a face mask and a couple hats which have sentimental value.
Little do they know all the costumes were laced with Polonium 210 by a cabal of former FSB agents who tried to assassinate me in '03.
at 4/11/2013 03:45:00 PM