Blogger has been awfully buggy lately. There was that thing where it kept whining about not having a blog title as soon as you started a new post. Then sometimes it just decides to not actually allow you to have a bandcamp link (the first few tries you make to publish one.) Anyway, I'm (almost) done with complaining about that. 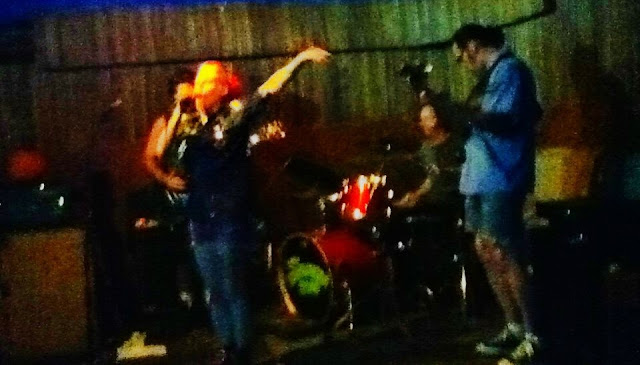 Saw Annie Activator at Otto's Shrunken Head the other night. I had a mai tai. For the first half of the drink I was all like "this drink isn't very strong at all." Then, instantly, I was plastered. Furthermore later on in the evening Ethan then bought me some other tiki concoction which actually glowed a radioactive green. Just because he thought it was funny. I took a bus home.
Also, Ethan lent us his Fatman compressor. The manual for it is here. I had a devil of a time finding it because I kept googling "HHB Fatman manual" and that only led me to links talking about how the compressor has a manual setting on it. Ha-rumph.
So, in a way, I'm sort of pleased that the Aphex preamp is dead only because it means that there's one fewer things for me to deal with.
That being said, cabling is something I do have to deal with and I haven't done anything about it yet. The Tascam US-2000 actually has 14 analog inputs. This pleaseth a Drew. The only thing is that my laptop can't really handle the ASIO drivers at low-latency without causing errors. I'm working on that.
In any case, we'll try the Fatman on the bass. We just need to keep the very high-amplitude stuff (slapping) from breaking up the rest of the analog chain (our monitors). 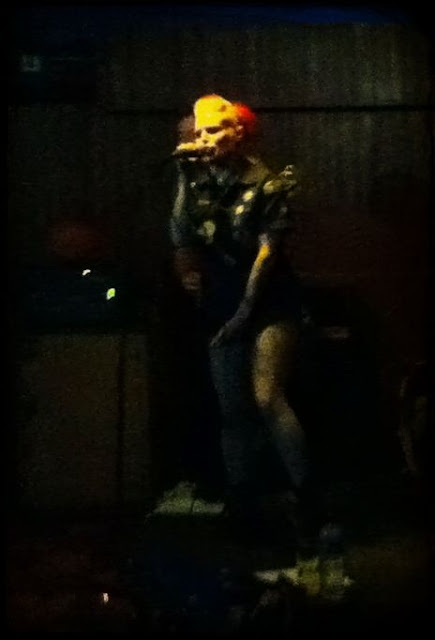 See? There's no room for connectors for the monitor system or the computer in that setup. If we keep one of the Neves in a separate rack we might be able to make the whole thing work. I have to figure out the way that stuff gets in through the input XLR patchbay though.