Get in the Robot, Fight the Monster

Now this is a fairly spoiler-free observation about Pacific Rim.
Here's the thing: as much as we love the idea of giant robots fighting monsters (and let's face it, you love that idea) there is an inherent dramatic problem with fight scenes between giant robots and monsters.
This is one of the same dramatic problems which leads you to having soldiers taking off their helmets all the dang time in a war picture. Two guys (or one giant robot and one monster) fighting is by and large dramatically uninteresting unless we know or understand something about the relationships between the people involved.
This is also a Starship Troopers problem. Or, for that matter, a stillsuit-in Dune problem. The idea of being encased in super armor or what-have-you is pretty cool. Pretty cool in a book I mean. Once you put on helmets (especially face-covering helmets) you really stop caring about the characters. Luke and Han lose their stormtrooper helmets really freaking fast in Star Wars. I mean seriously, they wear them in a handful of shots and then put them down just before the firefight.
While tactically that is quite possibly insane, dramatically we need those characters to freakin' interact. Otherwise we got nothin'. 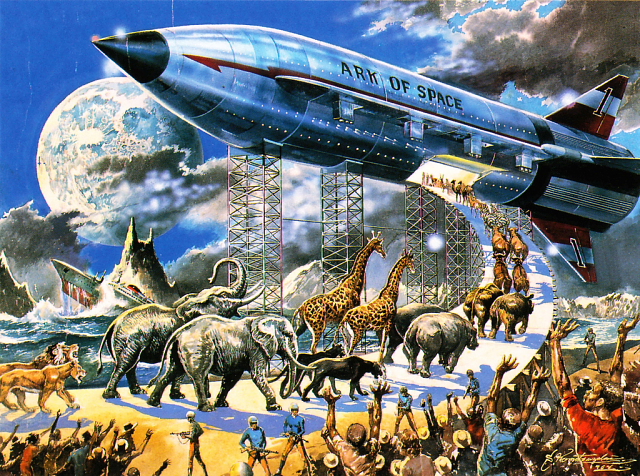 So. Pacific Rim. Giant robots. That can be a real heavy-duty problem. So they add to it an interesting conceit -- that giant robots require two pilots. And then those two pilots share one another's thoughts and... well I'm not going to posit that the conceit actually played out right. But it is a brilliant dramatic solution to this perennial (for sci-fi folks at least) problem.
at 7/14/2013 09:04:00 PM

I think it worked well. And when, in the first 5 minutes, they show one of the robots being smashed and a pilot YANKED out and killed...well, they've set the stakes up for you right there.

This isn't the emoting problem you have with a superhero movie like Spider-man. I think they set up the stakes very well(for the individual pilots) and then the over-all stakes(the world gets destroyed if the robots don't win).

I write these posts on Ambien. So who knows what I say. What I MEANT was that the two-pilot solution is an excellent solution to what I think is an inherent problem dramatically.
That the dude gets killed so early I think does raise the stakes as you said.