Jeremy over at All For Gun discusses the ballistics of different ammunition. Which is a subject on the Interwebs which is typically a shouting match of malarkey. Jeremy is, however, exceptionally clear.
One thing which confuses people is the fact that all bullets "drop" at the same speed. Just because an object is going really fast doesn't mean it does not fall at the same rate as (say) an apple.
The confusion is that bullets are usually shot upwards slightly and so they spend some of their travel going against gravity, until they determine at some time that they will go ahead and start falling down at the prescribed 32 feet/s/s. Unless they're European bullets in which case they fall at 9.75 meters/s/s or thereabouts.*
+++++ 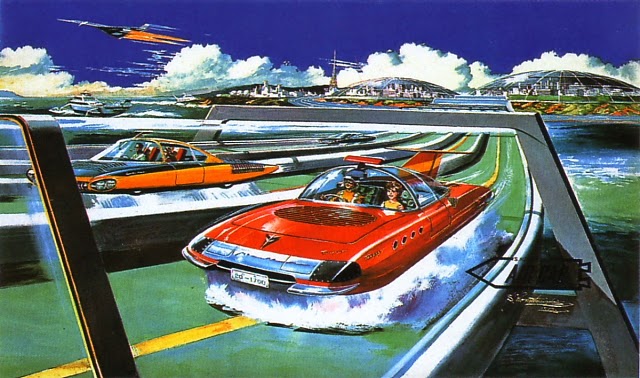 The hats of Copper. I've been trying to find out what that short top hat was called. Now I know.
+++++
Arrowhead: Signal is an Australian short which is begging for funds to be a feature. The production design looks nice.
Via.
*UPDATE: my dad would like to point out that the bullet is always falling and that indeed if you drew an imaginary plane along the barrel of the gun you'd see that the bullet is essentially falling from the plane at the prescribed rate (although not quite because it doesn't work out that way trigonometrically.) My dad also pointed out today that the University he went to has changed hands so many times that his graduate degree is now from NYU, but that's an entirely separate subject.
at 7/01/2013 08:59:00 PM