On Preamps and Recordations

I have no idea about preamps. Maybe these days cheap preamps are just as good as expensive ones the way A/D converters are all pretty much the same. I don't know. A few years ago SoundonSound did a test of a wide variety of preamps. The cheap ones did very well.
Listening to the Samanas performance there are moments where musically and recording-ly we approach something that's pretty good. Not all the time, but sometimes.
I used all Focusrite preamps. But I have a collection of pretty nice preamps I didn't use. Will they make a difference? Yes, we can say without doubt they will be different. The question is will they be better? I don't know. 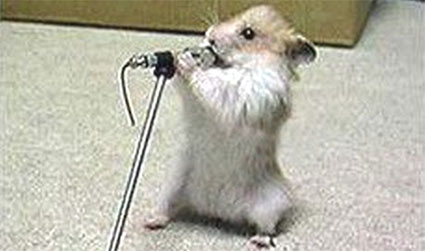 Will the Focusrite preamps sound better than the Tascam preamps in the US2000? My instinct is to say they will, but who knows?
§
The isolated vocals (allegedly) from the Adelle performance on Saturday Night Live.

I've been finding there something sort of dead about the mixes of recent SNL performances. The iso vocal track sorta indicates there's virtually no live instruments on stage. I don't know what they're doing with the drums -- triggered pads where the heads would be perhaps? I mean, it's a Ddrum kit -- but how do they keep the strikes from making any sound which gets into the vocal mic?
§
I'm going to end up selling my little Focusrite interface. Also my eBow which I don't think I've used even twice. And maybe my Tascam interface. You know what I'm also selling? My M-Audio 2626. That makes me sad because it's a really nice interface but it's only Firewire. And none of my modern PC's like Firewire. And M-Audio has kinda just quit that interface. It'll still work on Macs though. But because I'm married to mixing in Samplitude that's just not gonna happen for me.
at 11/23/2015 03:14:00 PM