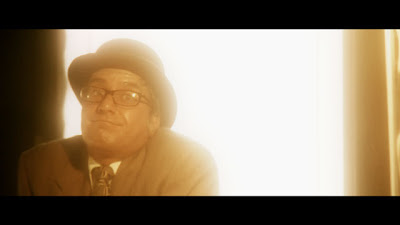 So one complaint which was pretty consistent was that this one particular scene was super-duper blown out in Solar Vengeance. On a computer screen (and as a .jpg rather than a very compressed DVD) the frame doesn't look so bad. But on the two occasions when we've screened the movie, the blown out picture was really blown out. It was doing a thing Laura described as the "Voltemort effect" because when a character was in profile the light would eliminate their nose.

So bleh. I fixed it.

Here is Jeff Plunkett with the blown out light behind him (using a lot of diffusion in Magic Bullet Looks Suite). 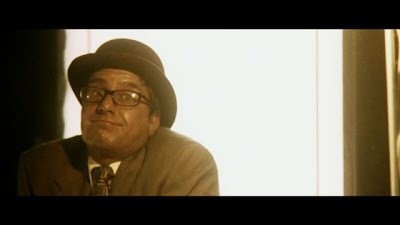