Today is Monday. I'm trying to get Earthkiller to the lab by Wednesday. And the computers are having a gay ol' time crashing.
Which is typical -- because just as you get to the end of the project, the computers are being forced to handle the entire show at once. And it tends to make them crashy. 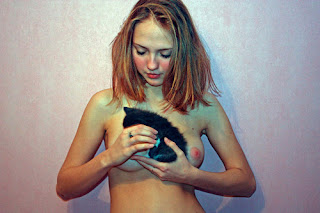 And so that's the way things are.
I'm running a quality control on all the Music & Effects tracks. Basically I'm listening to make sure that there's no dialog in them. Because English-language dialog would be the most harmful thing possible in the M&E tracks. Even if a distributor found some issue with a sound effect that was on the English Mix of the movie that wasn't on the M&E Mix, they might tolerate it. But some English dialog in the dubbed version? That would be a disaster.
Which checking things I've discovered a couple... er... amusing things. Like, for instance, I'd been downmixing from 5.1 surround to, er, mono. Yeah. And I hadn't even noticed. So that happened.
Mono.
I've also discovered, as my audio computer has been slowing to a creaky death, that sometimes the computer just renders out sound files... funny. And when I say "funny" I mean the render insists on placing a momentary DC offset and muting the audio. Which, let me tell you, is hi-freakin'-larious.
at 8/08/2011 01:09:00 PM