So. Here's a thing that sucks. The very last version of one of the movies we delivered? Has a whole bunch of black frames in it. Here's the note:
intermittently black out for 90sec from 01:09:08:23 to 01:10:46:20.
And I looked at the Final Cut Pro project and yup, the prerender decided it wasn't going to render a bunch of frames with a particular effect on them. So it rendered out black instead. This is after we'd done a half-dozen renders which went perfectly fine. Thanks, Apple.
Let me tell ya, this is demoralizing. Oof.
One big problem we have here is that we're always right up against the wall as far as deliveries go. In other words we're always rendering overnight in order to get a drive in FedEx the next day. And, you know, we really have to stop doing that.
If a mistake is found in a render and we have to re-render the movie then we're adding at the very least 12 hours to the whole process. 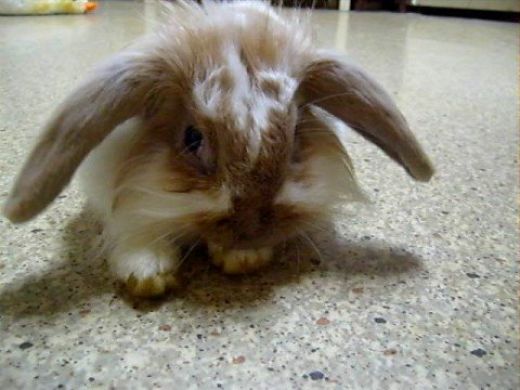 This, of course, makes bunny cry.
It would be really freakin nice if Final Cut would render frames consistently.
But since we are quite clearly not in charge of FCP development at Apple, we'll have to find a new way to do quality control on our movies.
And also I suspect we're going to have to do prerendering. We'll prerender acts as ProRes 422 Quicktimes and any changes we need to make will be simple re-renders and alterations of either those individual acts, or of a section of the act which we'll simply splice into the timeline.
So that's what I'm thinking now.
at 7/24/2012 07:16:00 PM

just finished my first little projects on premiere, other than legacy jobs... never. going. back. there's some where's the damn button issues but common hot keys are already starting to make the mental shift. apple can stick final cut and imovie-pro up their shiny bum parts.