There Are So Many Things I Don't Understand

Like why isn't the Walther OSP the standard for police guns in the future? Don't you want Blade Runner teams issued with these in order to take down runners and/or replicants with blinking palm-flowers? 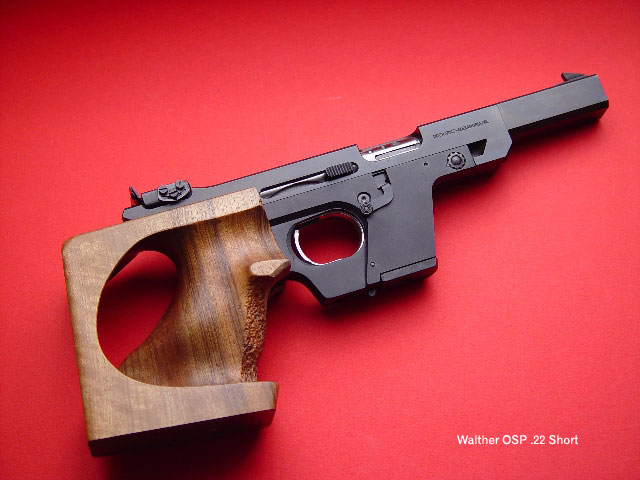 Is it because they're un-holster-able? I mean, just look at these things. They look awesome. The art department is going to pick one up and say "we're done". 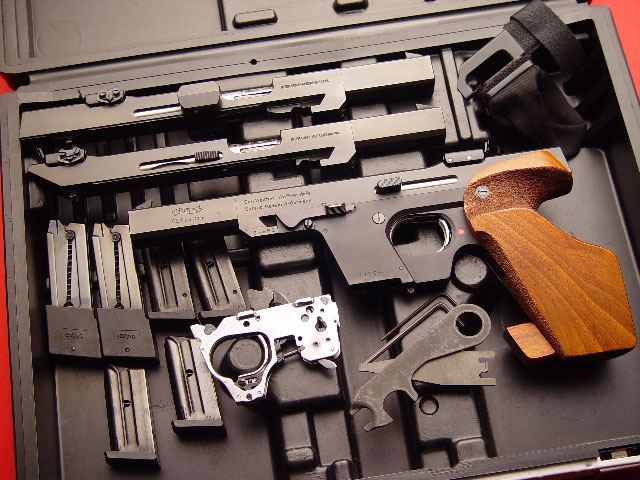 The Olympics even changed the rules of their 25m event so you can't use these particular guns anymore. So you'd think that this older style would come down in price. And you know there's an airsoft version. Somewhere.
I don't much like normal pistols although honestly I've never shot a .22 pistol. I imagine they're a lot less obnoxious than a 9mm. And I bet these competition pistols are downright comfy.
The other rude thing about pistols is even .22 short ammo ain't cheap. I wasn't even aware until today that there's a 10-meter air pistol competition in the Olympics. Really.
And (when we're talking about art department's opinion) the air pistols look even cooler.

Dig the Steyr too. 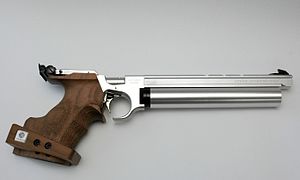 had a competition walther air pistol in the house when i was a kid. the grip adjusted to fit your hand like a glove. you could literally relax your hand and let it go limp and the thing would be on you, you were wearing it. had a very sci-fi look to it. this was in the mid-70s. my old man was an official at the montreal olympics for shooting sports so we had some really space age looking weapons hanging about. the anschutz .22 match rifles were super groovy.

Those match rifles are very groovy indeed.
I wonder why military sniper rifles don't have all those cool bells-and-whistles on them? Maybe it's because they're not ambidextrous?