As far as I can tell there's basically only one street in lower Manhattan which has single-day alternate-side parking. That's this little patch of Harrison Street. 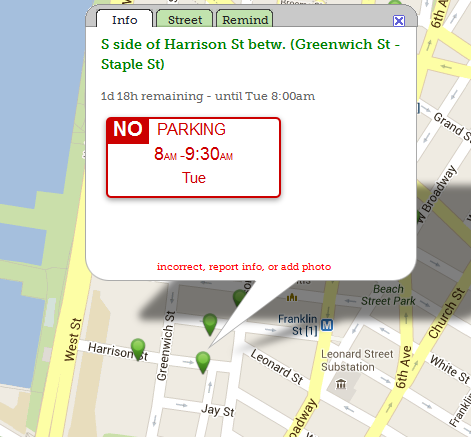 There's probably a handful of other places but, like all things in New York, someone else has realized this. So you probably actually have to sit in your car at 8am on a Tuesday (on the south side) in order to get a spot (meaning, you move your car for when the street cleaning machine comes and then you go right back to your spot and wait out the meter maids*).