To Do BA Dry

Under "things I want to do" I thought, especially to appease my friend Ed McNamee, it would be nice if there were a way to meld my triumvirate blogs (blog.tyrannosaurusmouse.com blog.pandoramachine.com and blog.pleasurefortheempire.com) with the addition of puppiesandtoast.blogspot.com into one feed. I don't think there's an automatic way to do it. So it looks like it won't get done. 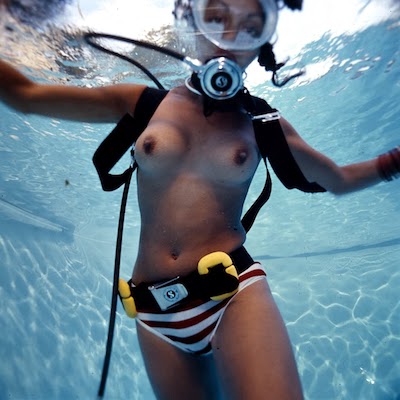 So. With SCUBA. I'm allergic to neoprene. There are three options in the world of wetsuits that I know of.
Incidentally, tests have shown that what doesn't help is to wear (say) LavaCore underneath Neoprene. Nope. Still have allergic reaction. Apparently everyone on the Internet who has a Neoprene allergy says the same thing. It just don't work.

But then here's another thing.

Although all of those above suits are neutrally buoyant, which is very groovy, they're all fairly light-weight. Scuba diving in New Jersey is almost never warm. Because when you're not diving in the North Atlantic, you're diving in quarries which are under fifty-degrees at a depth of 50' year-round.

And that's about it for what I have to think today. I'm done thingking. Tinking. Finking.