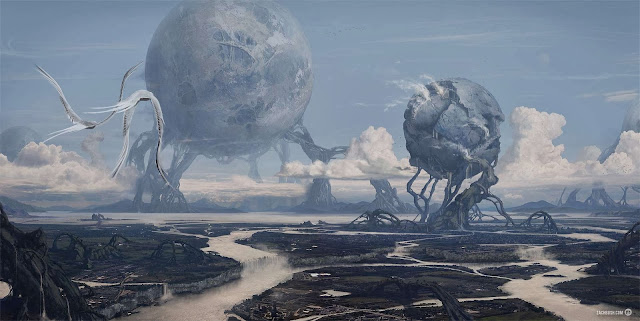 Jeff Somers depressed me with his end-of-year review. I've read everything of his except for Lifers and Chum. He's pretty brilliant. We even named a character after him in Day II.

Speaking of Dune. Does anybody else notice the allegory of Dune to Vietnam? The way the Harkonen deliberately wait out the war in such a way that they figure the Empire will have to escalate it? I mean, for a book that came out in 1965 that is alarmingly prophetic because essentially the US military waited out the war expecting that they'd be able to get full political and public support for a massive invasion. That, of course, never happened.
Ho Chi Mihn isn't the Kwisatz Haderach but I think you see where I'm going with this.