I watched the Dave Grohl directed documentary Sound City. The movie is primarily a love story about a Neve mixing console that was owned by a Los Angeles recording studio and was subsequently sold to Dave Grohl.
There's a couple things in the movie which might confuse a less sophisticated viewer -- like that Pro Tools is analogous to a tape deck more than a mixing board (although it can do that too). And also I'll be more than happy to be "that guy" who points out that if you're trying to proselytize that 24-track 2" Ampex machines are some kind of holy grail that a 2" 16-track Stephens machine is far closer to the holy land than any Ampex and that's just that.
I can make a ProTools rig sound just as good as a 2" 24-track Ampex by adding a bit of noise to the whole thing when I'm done. 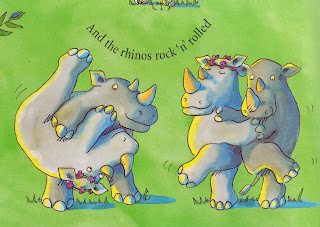 In any case, yeah, a lot of great albums were recorded on that Neve mixer. The two that blow me away the most are Fleetwood Mac's Rumors and Nirvana's Nevermind. Oddly the documentary talked quite a bit about how nice the room sounded but for much of the life of that studio the preference was for very dead rooms -- and very dead drums.
But truthfully, I'm not that super excited by the drum sounds on Nevermind or even the more modern Foo Fighter's stuff. Sure, I get bummed by the papery drum sounds of early Zeppelin or even Cream, but the constant explosions without dynamics of modern rock drumming just make me depressed.
And, as far as I know, ABACAB was recorded on an old SSL console. SSL's are not known for their preamps. Indeed (and I'm just pulling this out of my ear) I think Nevermind was mixed on an SSL.
And ABACAB may have been recorded on an AMEK.
So wait, where was I going with this?
Doesn't Shock the Monkey seem to be a bit fast tempo-wise? I want it to be slower and funkier.
Oh, I know. I'm not 100% convinced of Neve's inherent superiority in recording drums. I do seem to like them as overhead and room mics. I know I know, everybody is all about API's for drums. They're snappy, I'll give you that. Still I'd rather have a drum kit that I liked the sound of in and of itself. You know. To start with.