A Lack of Width 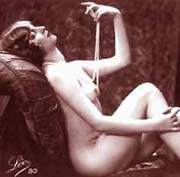 Sometimes it's surprising just how relatively small the British Isles are. Hadrian's Wall, which is popularly thought to have been built to protect the Romans from the Scots (it was actually to protect the Romans from the Picts, who were -- it must be said -- much more dangerous than the Targas or the JPegs) was not quite 80 miles long. That's from (Irish)sea-to-shining-(North)sea.
But wait. That's not all. The Antonine Wall is just a bit further north and that bad boy manages to go from end-to-end in under 40 miles.
at 4/12/2009 12:28:00 AM

It is a tiny place. I'm surprised we don't keep bumping into each other.

Now I'm completely confused. But the idea is: 40 miles from coast-to-coast. That's like the width of the narrow part of New Jersey...