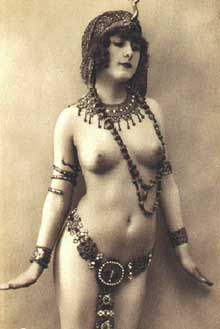 Wow, we got reviews for Alien Uprising. Apparently Maverick (our distributor's distributor in North America) has been sending out screeners for review. I'm not entirely sure these reviews help sales but hey, at least we get them.

Here's one from Killer Film. It does kind of stupidly complain about performances (our performances were universally excellent -- what, you're gonna tell me that Jeff Plunkett didn't rock it?) but typically reviewers don't like actors they don't know.

"As easy as it would be to totally dismiss Alien Uprising as just another cheap Aliens clone, director Andrew Bellware successfully creates and maintains a grim tone that few rip-offs of the franchise have ever pulled off. Along with a script that occasionally shows signs of literacy amid the cascade of Aliens similarities, he and the cast succeed in generating a morose tone out of this obvious homage/rip-off/mishmash that almost makes the movie work on its own terms."

The reviewer, Foywonder, points out that the screener DVD went to black-and-white about 10 minutes in and stayed that way. He snarkily points out that it makes the movie look better. Feh!

On Bloody Good Horror they don't particularly like the double ending. The "coda" as I was thinking of it at the time was an issue we discussed. Josh James went for the thing that happens after Ripley falls asleep (which is where the first two Alien movies ended.) I kinda like the 5th act myself.

None of these three reviews we've found mention Assault on Precinct 13. Indeed, because it's a prison planet they'll sometimes mention Alien3 although plot-wise there's almost nothing in common with that picture. Is it because I didn't make the turning point of the Marines' decision to work with the prisoners strong enough? Is it because there isn't enough tension when the Marines and the prisoners are together? Or is it just because the reviewers are too blinded by the sci-fi genre to notice the thematic similarity? Dunno.
at 6/22/2009 09:46:00 AM