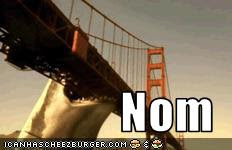 ... inspired by the music of '70's Italian action films. Their best work is probably in the video in Bill Cunningham's post.

We need to shoot stills of Angela in her "D" costume, with a big gun, against a bluescreen. We should really get some shots of Ben and Angela going in and out of doors and we really should get them walking away from us with a bluescreen in front (actually, I think we already got that in her "A" costume.)

The Prom Queen web series. Presumably shot for $50K. I ain't buyin' it.

A brilliant interview with The Asylum's David Latt.

So, do you think the Prom Queen was shot for more or less than $50K?

I was kind of thinking the same thing. Depending on how many folks worked for free or for deferred pay, the "budget" could have been anything from $100 to $1,000,000.