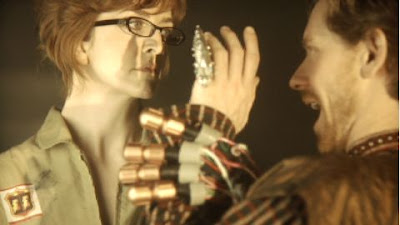 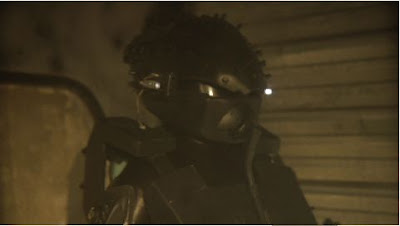 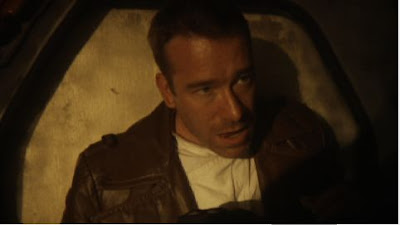 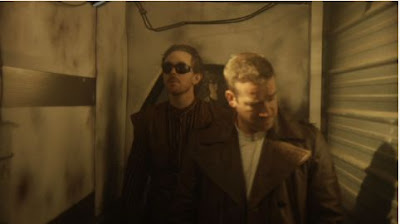 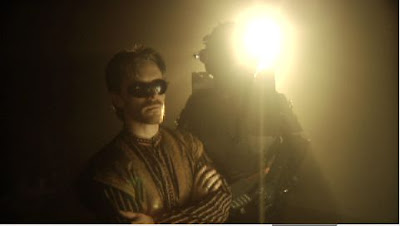 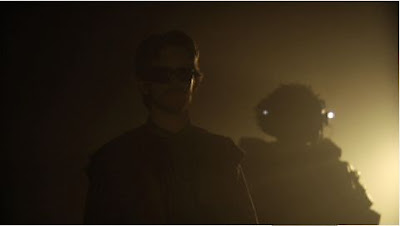 Wow. We almost did 12 hours portal-to-portal on day 9 of Clonehunter. I realized this weekend that the thing which makes us most exhausted is the transportation. Whew. That's rough. And whatever it is that they're doing on the NJ Turnpike on weekends which adds another hour to the driving out to sunny Metuchen doesn't make it any easier.

But we got a lot done.

Brian Schiavo as the robot.

Ben Thomas as Cain after being half strangulated by the robot.

David Ian Lee, Angela Funk, and Ben Thomas visit the place where the clone was imprisoned.

Raglan and the Robot.

Do you have a full-body photo of that robot? It looks really cool, and I'd like to see more.

Somebody needs some robot love!

It's comin' right up!

(This robot does look cool. I think Brian did an amazing job with it.)