So. I have this notion of a faux documentary that takes place in the future. I was thinking it might be nice to model it on a Battle of Britain documentary. There could be talking heads from both sides of the war. The aliens are from a parallel universe and look like us you see (of course).

A parallel Earth appears and ships descend on a bombing campaign followed by invasion. The invasion is eventually repelled

1. The aliens attack. They have superior firepower in their combat exosuits. Devastation reigns.
2. An unlikely ally -- the combat android -- emerges. The aliens underestimate the strength and numbers of the androids.
3. "Behind Enemy Lines" -- stories of the prisoners captured by the aliens.
4. "A Last Desperate Attack" -- the aliens use a terrifying automated weapon, a nanobot mind-control. But they can't manufacture enough of it to turn the course of the war (or, alternately, any better idea which someone could put in here.)
5. "Peace Through Superior Firepower" -- the alien planet is decimated, their war machines left in shambles. 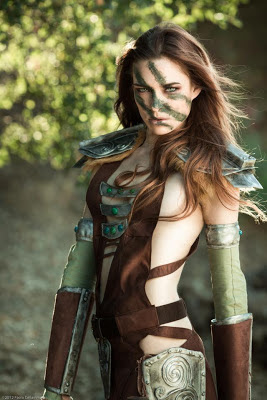 By the end of the movie we realize that androids are among us now. And what was thought to be a secret program to create androids was actually a secret program to find them. They had been popping up all over the earth, dropped by satellites presumably. But we actually don't know where they came from or why they helped us win the war.

The story is told through talking heads -- interviews with survivors and former soldiers on both sides. With some found footage and some footage of battles interspersed. We'd visit the now unused command centers, etc. to trace back the history of the war. There may be an on-screen narrator. Maybe a tweedy guy with crazy hair who talks excitedly about the cities that used to be there.

Sounds cool. I'd watch it.

Thanks! The trick is, of course, getting it written in, like, a week.

Yes, I saw this when you posted it on Facebook. It's dark, boy. But yeah, it's in the same vein.