On Sunday I had the most dreadful sore throat. And yeah, I shot all day. I really hope I didn't get anyone else sick.
So Monday morning I'm all gonna go to the doctor. And I prepare for a fight. Because I want something that will actually help. Last year I had a similar thing -- intermittent fever, sickliness, etc. And besides, my parents just got over something with the help of antibiotics.
And doctors do not want to prescribe antibiotics anymore. Last year I tried arguing with two doctors who wouldn't give me antibiotics (all for the same reasons: you haven't been sick long enough, you don't yelp when we touch your forehead [???], we don't like to prescribe antibiotics.)
So three weeks later I went to another doctor and told him he had to gimme antibiotics. I felt better within six hours.
So what did this week's doctors say about that?
1. Well, it proves you had a virus because antibiotics don't work that fast
2. It was the placebo effect of the antibiotics
3. It was a coincidence -- you would have gotten better then anyway.
Well, for one, that's just some straight-up bullmalarkey right there. Antibiotics do work that fast. I'm sure that in some textbook you have some old efficacy study which says otherwise but I know absolutely and for certain that you can feel the "grip" of a sinus infection let go within the first day. Secondwise -- bite me. Placebo effects are actually pretty good for pain relief. Post-nasal drip? Not so much. And thirdly, yeah, it was just a coincidence that after three weeks of being miserable I happened to take my first dose on the first day the virus was going to start to go away.
++
Here's the thing: one day many years ago I was having a root canal (I was tempted to write a "fun root canal" because what are they other than fun?) And the dentist touched a nerve and I yelped. She said "Oh, I wouldn't have expected a nerve to be there."
I said "What do you mean you didn't expect it to be there?" (I made her stop.)
She said "Different people have nerves in different parts of their jaws, where that nerve is is unusual, that's all."
Me: "You mean dentists KNOW that different people have different places they feel pain?"
Her: "Yes." 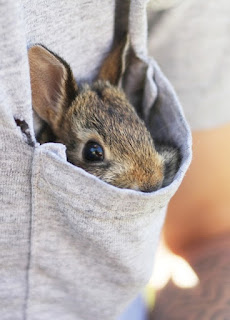 This conversation begat the era of my lecturing all dentists who touch my mouth that yes, my nerves are actually in different places and that yes, if I say I can feel something I can feel it. And furthermore, as a medical professional, you know that people feel stuff in different places. So when I say gimme some more GD Novocaine and you decide to prod around my mouth to see if I really need it or am "faking" it somehow I will straight up smack you.
++
Now the irony is that on my way to the doctors this Monday I thought you know, there's a 20% chance that antibiotics won't really help this. I've done that once before in my life (about 4 years ago) where I've taken antibiotics and it was pretty clear to me I didn't need them.
It turns out that this too was one of those times. So yup, the doctors I argued with fiercely enough to get antibiotics from turned out to be right. Last year they would have been wrong. Indeed, the ones from last year were wrong and I was miserable for a month because of it.
But so far I'm batting 800. If that changes, I'll start taking more medical advice.
at 12/05/2012 05:55:00 PM