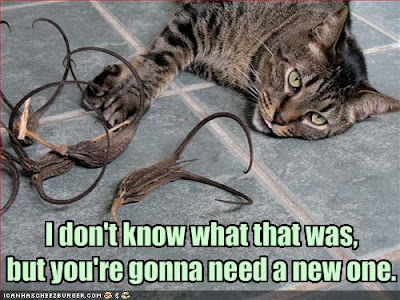 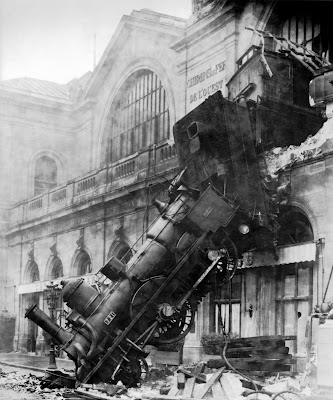 As happens with all motion pictures, there comes a time when someone decides to name it. Not the screenwriter. Not the producer. Not the director.
The distributor.
More than that, the local distributors in their markets have the very explicit right to name the movie whatever they like. For instance, our movie "Bloodmask"* (which was a name we never really liked), became "Millennium Crisis" (which was, to us, meh), which became "Biohazard 3077" in Japan (which we wish we'd thought of 'cause that name rawks!)**
In any case, we have a new name for The Uprising. Let me open up the envelope here to see what we've got...

Ahem...
The name of the movie is now:

I also have some top secret artwork to go along with it. But our sales rep doesn't want the world to see it 'till after AFM. So the only way you can look at it before the American Film Market is to stop by the studio at Theatresource.

And the connection to your choice of very destructive images is -- ?

The cat is responsible for the train wreck. And for the names of all movies which begin with the word "alien".