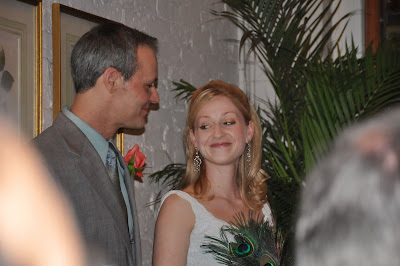 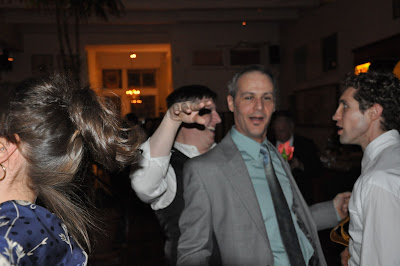 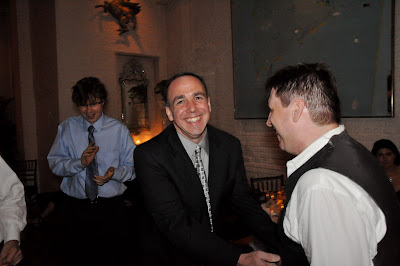 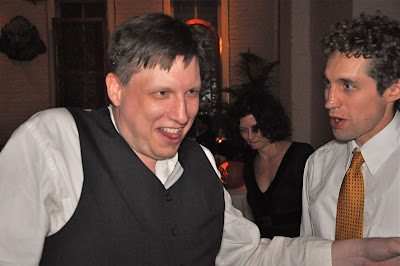 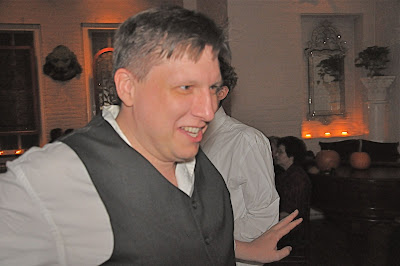 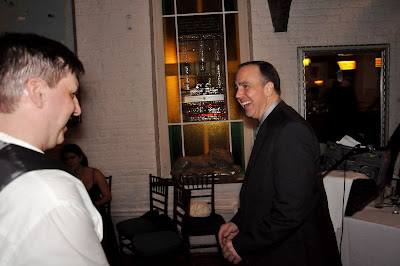 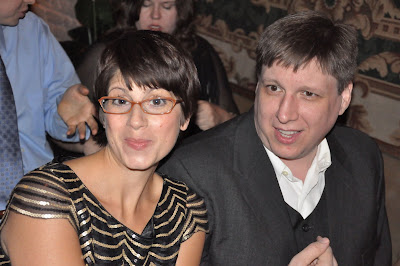 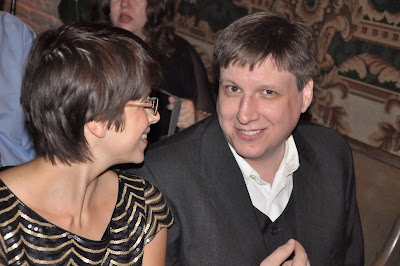 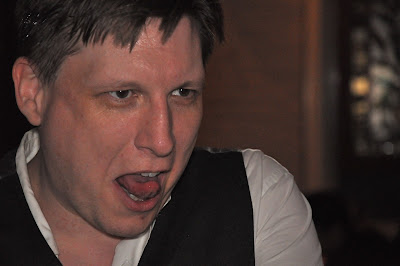 Daryl Boling and Laura Schewenninger got married this past weekend. Mitchell took pictures.
I got all weepy during the vows.
Blogger makes it simply impossible to put the pictures in the order I want them so I'll go out of chronological order.
Daryl Boling and Laura Schwenninger during the ceremony.
Me, making a Daryl sandwich with Ben Sulzbach while dancing.
Mac Rogers looks on while I try in vain to dance with Ed McNamee.
After dancing for a while I spot Ed on the other side of the dance floor. Ben Sulzbach looks on while Nancy Sirianni dances in the background.
That's me again, going in for the kill.
Ed running away from me.
I was stalking Ed because he just wouldn't dance with me. Ed and I have known one another for... 27? years? He wouldn't dance with me because about 20 years ago I s 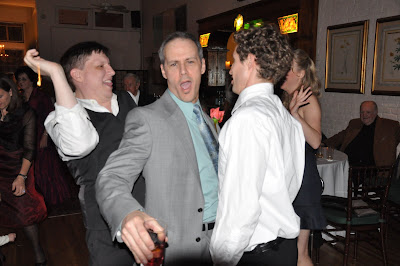 upposedly was dancing with him at his own wedding and knocked over his wife's 87-year-old grandmother. That never happend, of course, but it's the story that's been told about me ever since.
The beautiful and talented Catie Riggs a/k/a Catherine Zambri with me (I have very weirdly dark eyes in that picture.)
Catie and me again.
Me, looking grossly inappropriate.
More of the Daryl sandwich.
Q. Drew, weren't there any women at this wedding you could have danced with?
A. Uh, yeah. I just um. I just didn't seem to get photographed with any of them.
at 10/13/2008 11:25:00 PM