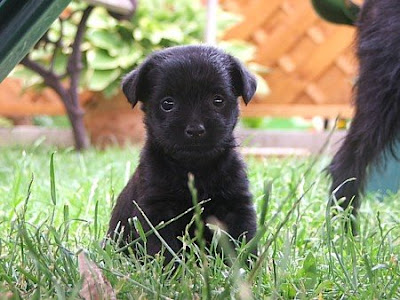 From Joshua James: the playwright Sheila Callaghan on the cover of American Theater. I wrote music for a play of hers once. I don't think she really liked the music. In fact, I think she turned to the director during tech and one point and said (referring to the music) "What's this?!" ;-)
We have our ooze which we need to make the creature in Alien Uprising drool properly. We've used KY Jelly and mineral oil. But now we've ordered professional ooze from an effects house. It's quite exciting. The name of the product is "Creature Slime". We got 32 ounces. Let the fun begin.
--
For the last day of shooting (principal photography) on Alien Uprising I've created a shotlist. I know. Crazy, right? There's a variety of reasons I don't typically use shotlists. Mostly it's because the shotlist goes out the window about 5 minutes into the day. . .
Unless you have complete control of what your sets are going to look like, then you really can't use a storyboard because you can't even make a decent guess at how blocking with a bulky camera can even possibly logistically work until you get to set. And our sets are very -- shall we say -- dynamic? We never know what they're going to look like 'till we get there. Also, simple scenes where two people walk in and talk don't really need to be 'boarded or 'listed because you just shoot scenes like that -- you don't really need to do anything terribly complex. And then there's another huge variable: one or more of your actors may (will) have a vastly better idea about where they'll physically be in a scene than whatever idea you might have had on paper. So for any or all of these reasons you'll just have to throw your shot list or storyboards out the window.
By and large we try to use the rule of "Shoot everybody talking. Shoot all the action. Shoot everything in the scene which anyone refers to (i.e. a gun on the floor, a body on the table). And make sure there's something to cut away to in case you want to alter the scene." Having your gaffer or grip or somebody on set who's also an editor is a great help because at the end of a scene when we ask "[Does] anybody have any notes?" they can pipe up with suggestions of a shot which may or may not be used but won't take any time at all to just make sure you get.
There's a few exceptions to my "no-storyboarding/no-shotlist" rule, however. Horror, action, and love scenes all have to be thought out. These three kinds of scenes are very similar in that they have to tell a part of the story by using details. Horror and action are not my strongest points as a director. I'm better at making pretty paintings than the deliberate pacing of shots which build up tension in a horror or action scene. I'm getting better at the pacing of shots in a love scene as I've had more experience with them (although in this particular movie there are no love scenes.) But horror is very very specialized and difficult to do.
In any case, because we're shooting the bulk of the "horror" part of Alien Uprising this weekend, I thought it would be best to make a shotlist. Because we only know what one of the sets will look like, I didn't do any storyboarding, but I do have about 80 shots we need to get (in two days).
--
You know, if I had a script in hand for my next feature I wouldn't be spending my time making such long blog posts, I'd be scheduling. Ahem.
at 10/17/2008 01:01:00 PM

Email ThisBlogThis!Share to TwitterShare to FacebookShare to Pinterest
Labels: 0802, Moviemaking in General

Nobody ever wants to say storyboards are useless when you don't know exactly what the sets are going to look like, but it is true. I try to go into a shoot with a few ideas for shots, but there's no way of knowing if they'll work 'til I get there with the camera and actors and props.