Apparently, I have Terrible Taste

So, I'm kind of done going to Book Court. You know, I figure I should go to local independent bookstores. I'm so wrong.
I asked about a couple books, neither of which they had. One was The Wind-Up Girl. They were out and they didn't bother to pick up the paperback version of it.
The other book was the new Cherie Priest novel which I knew had been published because I read an interview about it. 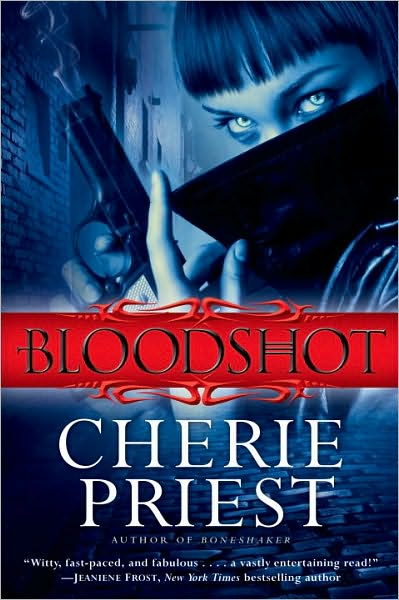 When the guy at the counter finally found the book he said. "Oh yeah, I remember this book. I think we passed on it. That's... not any reflection on your taste. We're just more of a literary book store."
So yeah, I'll be going to the non-literary book stores from now on.
Although maybe they passed on the book because the heroine has such clearly bad trigger discipline.
at 2/05/2011 02:16:00 PM

Jeez, what a dick. You should have punched him in the nose at that point.

Getting into a bar fight at a bookstore seems like a really funny idea to me right now. It'd be all like "Proust?! Proust!? I'll tell you about fekkin' Proust!" and book carts start flying.
Maybe during the zombie holocaust he's going to be the insufferable guy who's standing too close to a window at some point, zombies reach in and pull him out onto the street screaming. All the other characters go "Meh" and get onto more important things...

Ooh... I'm totally stealing your story and putting that bookstore guy in a movie at some point. Or at least the line about being more of a "literary" bookstore.

The scene I'm referring to is Chance's Hide and Creep of course.

Funny how things change. With widescreen TVs, Citizen Kane suddenly becomes part of the problem! Stupid black bars on the sides of the screen...

Ahhh Academy ratio.
And yeah, black bars on the side of the screen. You have no idea how much trouble I get in with my stepmom if I leave her TV at the correct aspect ratio. It's like nobody cares about aspect ratio: they just want the picture to fill the dang screen.