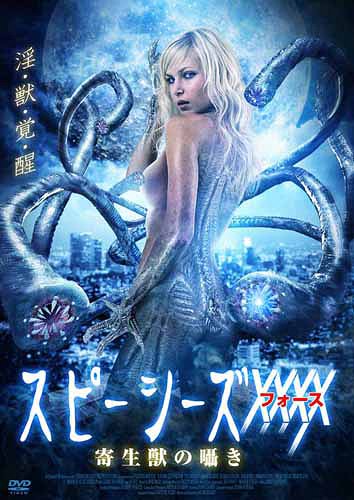 Brian Schiavo's The Shriven is available for preorder at Amazon.

The movie is also available in Japan.

Any Japanese speakers out there wanna tell me what the cover art says?

According to Google Translate, which I trust about as far as I can throw it, the Japanese title is "Whisper of the Parasite Species XXXX" or some such. Which isn't a bad title, honestly.

Email ThisBlogThis!Share to TwitterShare to FacebookShare to Pinterest
Labels: 0704