HBO has the life

So I'm watching Game of Thrones on my parent's HBO.
HBO has an amazing track record of making good "stuff". I thought their Rome was terrific. Well-written, well-acted, and looked great. And they're able to do that level of quality really consistently. They seem to know exactly where the "soap opera" part of the show should balance against the blood-and-guts part. They know how the Shakespearean dialog should balance hot people will their clothes off. They know how awesome the scene you're in should be balanced against how cool a place you're going to is. All these things are really subtle and they do a fantastic job with each of those elements in Game of Thrones.
I mean it's like...
It's like...
I feel... tricked. Everything they do is perfect. By "them" I mean HBO. Every scene is perfectly laid out. Every character is beautifully set with motivations and conflict. The appropriate characters are ironically setup. It's TRICKERY I say! 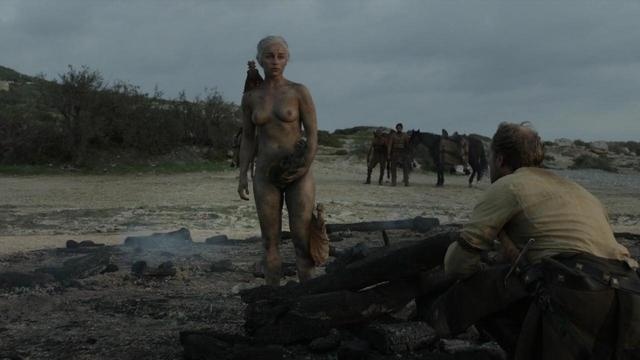 But of course all of movie-making is trickery. Hell, theater is trickery. All tricks. And the folks at HBO seem to know all of them. And they know how to get them out of their writers and directors and actors.
Now, when I look at Game of Thrones sometimes I think "This isn't quite up to what a big-release Hollywood picture would do." The visual effects are by-and-large kept static rather than moving. That's cheaper (and to my eye the look better) than moving the camera. There are some bits which look, albeit briefly, "TV budget" rather than "Theatrical budget". But those things are real brief and don't affect the experience of being in the world.
My question is: how does HBO make this kind of thing consistently? They're very good at consistent high-quality writing and performances. That's got to be at the executive level. I've heard that the HBO offices are the most relaxed offices on the planet. I suppose when it doesn't matter how many people are watching on Thursday night at 8 o'clock or how many people show up to the first weekend's showings, you can get pretty relaxed. Plus, you get to do anything as long as it's "good". So yeah, that'll make you relaxed.
at 6/23/2011 02:11:00 PM