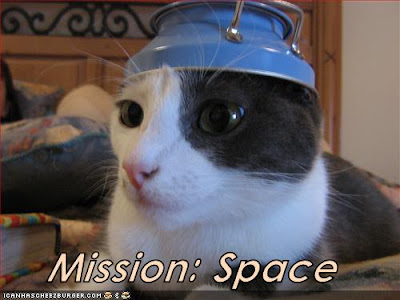 I barely even started the storyboards. Every time I've tried to learn to draw by reading a book on the subject, the book says to try drawing "from life". Well if I'm actually going to put subjects in a pose in real life, then I may as well just make a movie, no?

Another thing I'm trying to do it to find the nearest hospitals to our locations. Hospitals with emergency rooms. You'd think that if you typed "Nearest hospital emergency room to Augusta, NJ" into Google you'd get some very clear information. Google does map out some hospitals for you, or at least businesses which have the word "hospital" in them. But most of them are veterinary hospitals, and in no case is it really clear if there's an emergency room. So I'm going to make some (egads!) phone calls tomorrow.

Brian made this rockin' new rifle for us. I'm pleasantly disturbed by the bits of red -- is that rust, or blood? And he made other modifications and enhancements to the gun's detail. The camera, of course, will never see them. But we'll feel them, and that's more important. We realized that we have to be able to add straps to the weapons -- so Brian's putting attachments on the guns (which you can see in this picture) and we're going to make some bandoleers.

At the end of our last shoot we managed to lose the only piece of audio gear I've ever lost on any shoot. We were shooting at my dad's house so I'm certain that it's somewhere in the house, but it is the transmitter to a block 23 Lectro 411 system. I'm thinking about spending the $1200 and finally replacing it with a Lectro SM transmitter, which is cool and small and runs on a rechargeable AA.

We've re-cast the part of Stahl, but we did it with the actor who was playing Cub. So now we're re-casting Cub. And we managed to get the location we wanted, although for many fewer days than we wanted and for many more dollars than we wanted (although still 1/10 of their "book" rate.)

It's raining today. I really don't want it to rain when we're shooting our exteriors. Oof!

Email ThisBlogThis!Share to TwitterShare to FacebookShare to Pinterest
Labels: 0701, Millennium Crisis (was Bloodmask), Moviemaking in General